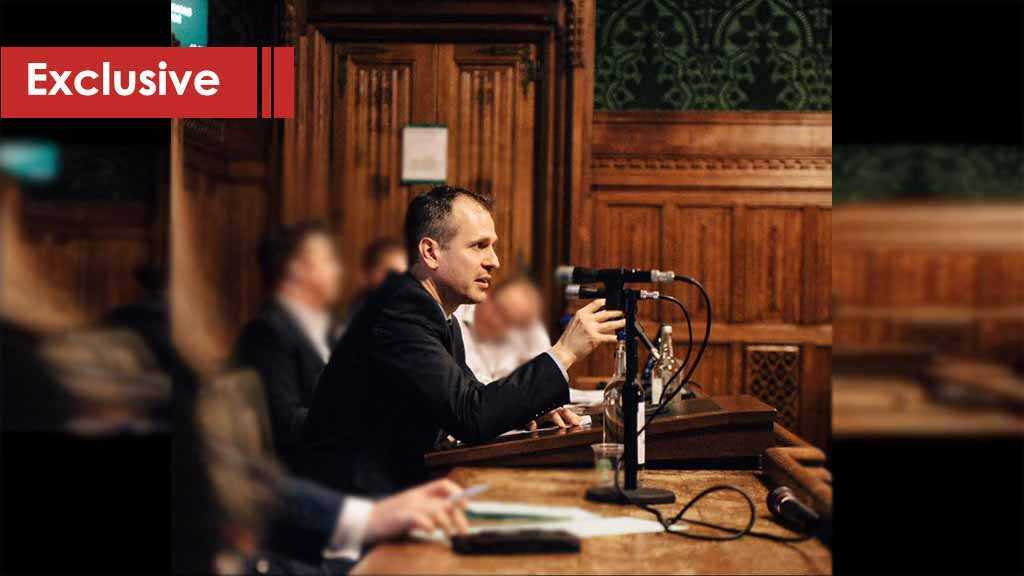 In an exclusive interview with al-Ahed, Dr. Marcus Papadopoulos, London-based Publisher and Editor of Politics First magazine, and commentator on Syria and British politics, spoke about UK military involvement in Yemen, the decision of the British Government to blacklist Hezbollah, and why the British UN special envoy for Yemen, Martin Griffiths, failed to condemn the Saudi onslaught against Yemenis.

The following part of the interview took place on April 1:

The Daily Mail has revealed that the elite Special Boat Service (SBS) troops, whose presence in the war-ravaged country is shrouded in secrecy, suffered gunshot injuries in fierce clashes with Yemeni fighters while fighting at the ranks of Saudi forces on borders. How do you see the presence of UK forces in Yemen's Saada province to train Saudis to attack Yemenis while the Theresa May government publicly is trying to appear doing the role of an independent broker that is trying to put an end to the war peacefully?

If the report in the Daily Mail is accurate, then Theresa May's government has a lot to answer for because only the House of Commons can authorize the deployment of British military personnel to conflict zones abroad.  However, I would not be in the slightest bit surprised if British soldiers, specifically Special Forces, are on the ground in Yemen not just training Saudi forces but also fighting alongside them.

After all, Britain, together with America, are indispensable cogs in Saudi Arabia's war against the people of Yemen; London and Washington provide the missiles and bombs to the Saudi air force that are then used by the Saudis to massacre Yemeni civilians, including infants, and the UK and the US service and provide spare parts to Saudi fighter aircraft.

So it is plausible, therefore, to believe that Britain would also commit British soldiers to assist the Saudi campaign on the ground in Yemen, which must be won if Riyadh is to achieve a complete victory in its onslaught against the Yemeni people.

Furthermore, the British establishment is extremely contrived and often presents itself publicly as a mediator in conflicts, whereas in reality it has either instigated the fighting or is fueling it.  The British elite are far more astute than their American counterparts; the British will pretend to be your friend - citing your human rights and independence - while at the same time they will do everything possible to deprive you of these necessities.

The foreign office minister, Mark Field, has promised to get to the bottom of “very serious and well sourced” allegations that British SBS soldiers have been injured in a firefight with whom it called "Houthis", in an answer on Tuesday to a question by the shadow foreign secretary, Emily Thornberry, who suggested the Britons may have been witnesses to war crimes. What measures could be taken, if these allegations are true?

Once again, if that allegation is true, then Prime Minister Theresa May must stand before the House of Commons and explain herself. The sad reality is that given Britain got away scot-free in helping to bomb Serbia for 78 days, causing large civilian casualties, and in helping to invade Iraq, causing vast numbers of civilian deaths, then the British establishment will easily get away with the crimes it is committing in Yemen.

And one of the key reasons for why the British elite always avoid being exposed for who they really are - namely, war criminals - is because they control the media in Britain and so, alas, the ordinary British man and woman will never learn about the true nature of those who govern them.  He who controls the media is able to mold public opinion to however he wants it to be.

The SE for Yemen, Martin Griffiths,  during a special event, Wednesday, has depressed on Twitter  his  hope to see increased Yemeni women representation at the formal level in future consultations. However, In response to this, Health ministry's spokesman in Sana'a has hit back at this remark saying Yemeni women need to be protected from airstrikes after latest massacre by Saudi-led coalition that killed over 22 women along with their children in Kosher district of Hajjah province, stressing that the blockade need to be lifted so the wounded women can be transported for treatment abroad before attending consultations. Has he failed the Yemeni women to condemn crimes in them and act as if there is no war or blockade?

If you want to understand why Martin Griffiths fails to condemn Saudi Arabia's onslaught against the people of Yemen, then look no further than his background.  He is a former senior British diplomat, and it should be said that diplomats like Mr. Griffiths are never truly "former" diplomats - they continue to lobby for British foreign policy objectives in whatever new roles they take on.  So do not let the “former” bit deceive you.  Furthermore, as I said earlier on, the British establishment is highly crafted in presenting itself as a neutral party with the aim of bringing about an end to conflicts; in reality however, the British provide cover at the United Nations for their allies, such as Saudi Arabia, to get away with committing crimes against humanity, while simultaneously providing weapons to governments likes the Saudi one to murder civilians with.  So in essence, Saudi Arabia partly acts with impunity in Yemen because of so-called British mediators.

How do you see the latest decree of Trump that recognized "Israel" sovereignty over Syria's Golan Heights?

Donald Trump's decision to recognize Syria's occupied Golan as part of “Israel” is a grave violation of the United Nations Charter. That said however, since when has America ever cared for the UN Charter and international law in general?  For Washington, might is right.  And legality is of no concern to American presidents. Furthermore, Mr. Trump is repaying “Israel”, and in particular Benjamin Netanyahu, for having supported his presidential campaign in 2016.  So first of all, Trump bombed Syria on two occasions, then he recognized Jerusalem [al-Quds] as the “capital of ‘Israel’”, and now he has recognized the occupied Golan as “Israeli” territory.  American foreign policy is morally wicked, and the US is the biggest and most dangerous rogue state in the world.

Do you think UK has decided to blacklist Hezbollah because this party has defeated terrorists across Syria along with Arab Syrian Army and Russia?

No, I do not.  I believe, rather, that the UK Government has moved to proscribe the whole of Hezbollah as a way of asphyxiating criticism in Britain of how “Israel” behaves, specifically its abominable treatment of the Palestinians and how it regularly violates both Lebanese and Syrian sovereignty.

And I also believe that the British Government has taken the decision to ban Hezbollah, in its entirety, as a way of putting pressure on the opposition leader, Jeremy Corbyn, knowing that British mainstream media presents Hezbollah to the British public as a 'terrorist, murderous' organization and then adds in how Mr. Corbyn is historically sympathetic to Hezbollah.  Of course, British national newspapers and news channels will never tell the British public that Hezbollah was formed in response to “Israel's” illegal invasion of Lebanon, in 1982, and has existed, ever since then, to defend Lebanon from the clutches of “Israel”.

And neither will British mainstream media inform their viewers and readers that many Christians in Lebanon vote for Hezbollah in elections and serve in Hezbolla; and also how Hezbollah has helped to defend Christian towns and villages and churches and monasteries in Syria against Wahhabi terrorists, armed and trained by the British state.