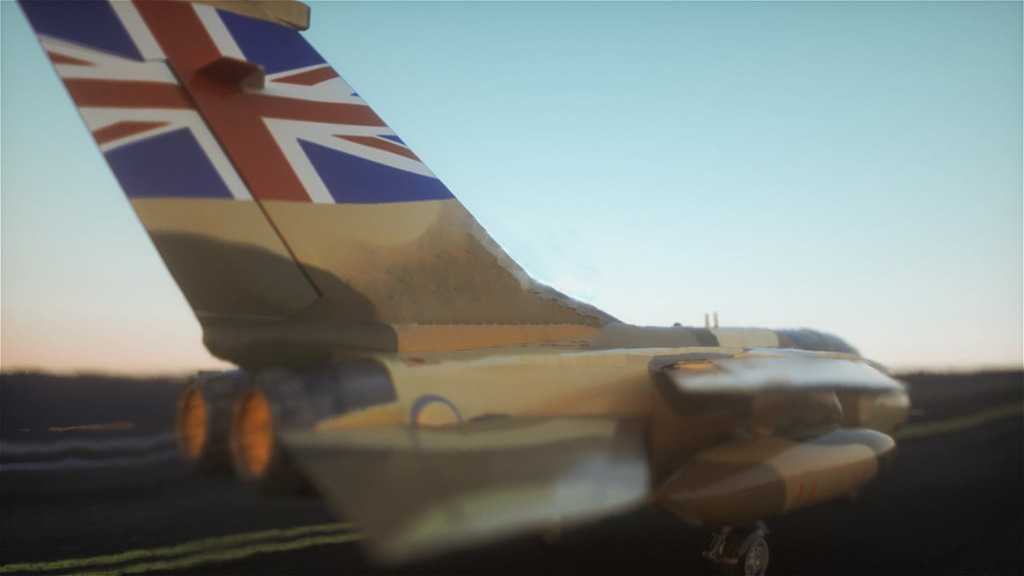 The air war in Yemen

More than 17,500 civilians have been killed or injured by Saudi-coalition air strikes on Yemen, and bombs have hit hospitals, schools, mosques, market places, a wedding and a funeral.

In August 2018, the UN Group of Regional and International Eminent Experts on Yemen said that in its opinion the coalition “may have conducted attacks in violation of the principles of distinction, proportionality and precaution that may amount to war crimes.”

Dispatches sends a Yemeni team to interview survivors on a strike in Dhayan, northern Yemen, on August 9th last year. Around 40 children were killed when a school bus was hit by a Saudi bomb in a busy market place, as well as dozens of bystanders.  A UN team later said the strike was likely to have breached international humanitarian law.

Interviews with three former BAE Systems technicians, who have not spoken publicly before:

According to BAE’s annual report, it has 6,300 employees working in Saudi Arabia. For the first time, some of these workers speak on camera about the work they did for the Royal Saudi Air Force and reveal the extent to which the Saudis rely on British workers to enable them to conduct its war.

Two retired Australian armaments technicians who were sent out by BAE to train Saudis how to maintain their Tornados reveal they actually did most of the work themselves.

One of them - Mark Roberts, a BAE Weapons Trainer who was in Saudi Arabia 15 years ago - tells us: “Once you’d been there a short period of time you came to realize that you were going to do all the work. The majority of the Saudis were just not capable of repairing the aircraft and getting it back, turning it around – fitting bomb racks, rocket launchers, things like that. It’s not sustainable without the Westerners there. It wasn’t when I was there.”

Another BAE Systems technician who worked recently on Typhoon “Eurofighter” jets on King Fahad airbase in Taif, near Mecca, decides to speak out despite the fact the company warned everyone on the base not to talk to Dispatches. He claims the RSAF would be incapable of flying their Typhoons on bombing missions over Yemen without British assistance.

He says: “I was a specialist technician, supervisor as it was described… but you see immediately when you get out that there’s very little supervision and its more hands on than you thought. The Brits do everything basically from start to finish. We are supposed to train the Saudis, but they are not there to be trained a lot of the time. We have to do all their work – from the ground up… we pretty much do 95%. The Brits don’t touch the bombs, but that’s the final 5%.” He adds: “You’re always told you’re not classed actually as a mercenary because you don’t touch the explosives. But if you fix the gun and then they shoot people you’re still involved”

After each mission technicians must perform critical checks, involving everything from updating computer software, checking the explosives in the ejector seats to replacing spare parts flown in from the UK.

When asked if the war could continue without British support, the technician replied, “100% not. You’re doing all the legwork… with the amount of aircraft they’ve got and the operational demands, if we weren’t there in 7 to 14 days there wouldn’t be a jet in the sky.”

Dispatches also speaks to former Saudi air force personnel, who tell the same story. One – a former Saudi Air Force officer called Yahya Assiri - was trained by BAE and was in charge of making sure the Typhoons on King Fahad air base had a constant supply of spare parts.  He said the RSAF would be unable to continue its air campaign on Yemen without the Typhoon: “Without the Typhoon they will stop the war… The Saudis they can’t keep the Typhoon in the air without the British. The pilots they can’t fly it without maintenance and without the logistics.”

BAE Systems insists that because its employees do not load the bombs dropped on Yemen, it is not responsible for the war. At the company’s annual general meeting last year the BAE Chairman Sir Roger Carr was secretly recorded by a campaign group answering questions about the company’s role in the war in Yemen: “It is a matter of fact we’re not involved in any part of prosecuting, planning or executing the war. We are a defense company. We are not an aggressive company. We don’t conduct wars.”

BAE Systems told Dispatches that its role is: “strictly limited to providing equipment, support and training under … agreements between the United Kingdom and Saudi Arabia.  This is subject to stringent UK defense export regulations and does not involve…military operational activity”.

Under strict licensing rules, the UK Government cannot allow the sale of arms abroad where there is a clear risk they will be used in a serious breach of international humanitarian law, such as an incident where civilians are recklessly or deliberately targeted. The Government insists that isn’t happening in Yemen, in part because British officers based in the Saudi air operation center train and advise them on targeting procedures and how not to break international humanitarian law. These officers in the operations center help the government justify licensing arms sales of £4.7billion to Saudi Arabia since the Yemen conflict began in 2015.

Former Air Vice Marshall Sean Bell used to be one of the UK’s top military figures in Saudi Arabia, not in the operations center but in charge of overseeing weapons sales. He tells us: “I firmly believe that our involvement with the Saudis helps temper and improve their performance. And I honestly believe that if we were not doing that it would be a lot worse, a lot worse. There is [sic] a thousand reasons why we shouldn’t be continuing to work with the Saudis. Why does the British Government continue to do it? It’s about balance of payments. It’s about influence in the Middle East. It’s around stability around oil prices that dancing with the devil sometimes is worth it. But it’s really uncomfortable times for the British Government.”

Dispatches uncovers evidence that in fact British officers are mostly confined to a “cubby hole” away from the main Saudi operations flaw. This means they are not in the room where key bombing decisions are made.

Larry Lewis, a former senior adviser to the US State Department, spent over a year in the operations center in Riyadh up until 2016. He is an expert in reducing civilian casualties and was sent there to try to improve Saudi targeting. He says: “When I was there the US and the UK certainly weren’t on the operations floor, not regularly, only by invitation and that was kind of by exception. They have a separate room that’s actually on a different floor to the operations room, it’s actually a converted closet.”

Lewis further reveals fundamental flaws in the Saudi targeting process. He has seen classified data showing most of the air strikes aren’t referred to the operations center, meaning they aren’t subjected to careful scrutiny and damage assessments. These “dynamic strikes” are called in by militia on the ground in Yemen who speak directly to the pilot. Lewis said: “You really just have the pilot and then a person on the ground. They’re not Saudi military, they’re militia kind of people, so they’re not trained in this.” Because these strikes do not go through the operations center they cannot be checked against the “no strike list” list of civilian locations that are supposed to be protected.

Last week a hospital in northern Yemen was blown up by a missile, killing five children – Save the Children revealed the location of the hospital had been reported to the Saudi coalition and placed on such a no strike list.

Former US War Secretary and Head of the CIA Leon Panetta tells Dispatches: “I’ve been in some of those operations rooms with the Saudis, when you try to hold them back and tell them that they’ve got to take more care, their instincts are to act quickly and then ask questions later.”

“If Western countries are, enabling a country like Saudi Arabia to simply drop bombs on innocent people that they're not going to be able to claim clean hands. You don't have clean hands when you're not only providing the weaponry, but you're providing people to assist the Saudis with regards to targeting or at least trying to assist with regards to targeting. It means you're involved and you bear some of the responsibility for the consequences. The best example of how careless this war has become is the air attack that - that took out a school bus and killed 40 children. What happened? There was insufficient intelligence, insufficient planning, poor targeting and ultimately poor judgement on the part of that pilot. All of that is what combined to produce that disaster.”

Andrew Mitchell MP – Conservative Former International Development Secretary, responds to the finding that most Saudi strikes are not called through the Riyadh operations center where British liaison officers are stationed: “Well, those are very serious allegations and clearly at variance with what the British input on targeting is supposed to be achieving, which is clearly to make sure that the rules of law are observed, and the international humanitarian law is obeyed.

“I’ve stood in the funeral parlor where more than a 100 people were killed as a result of a bombing run by the Saudi Air Force. We’ve seen the attack on children wearing their sort of UN children’s backpacks lying dead beside the wreck of the bus. The position is absolutely appalling and of course Britain is complicit in this.

“I think, as things stand today, history will judge us as an appalling failure of British foreign policy.”

FOI request to Ministry of Defense:

The Ministry of Defense tracks alleged breaches of International Humanitarian Law by the Saudi led coalition in Yemen. It has logged 410 so far.

Using the FOI act we asked how many involved weapons or planes sold by Britain. The Ministry refused to tell us because it might “adversely affect relations with our allies”

The British Foreign Office told Dispatches: “The UK is doing all it can to help end this devastating conflict by putting our full weight behind the UN-led peace process. We are not and have never been a member of the Saudi-led Coalition and have played no role in setting Saudi-led Coalition policy or in executing air strikes.

“For decades the UK has been proud to operate one of the toughest licensing regimes for defense exports in the world. Every application to export arms to Saudi Arabia is scrutinized rigorously and we will not permit the export if there is a clear risk it might be used in serious violation of international humanitarian law.”