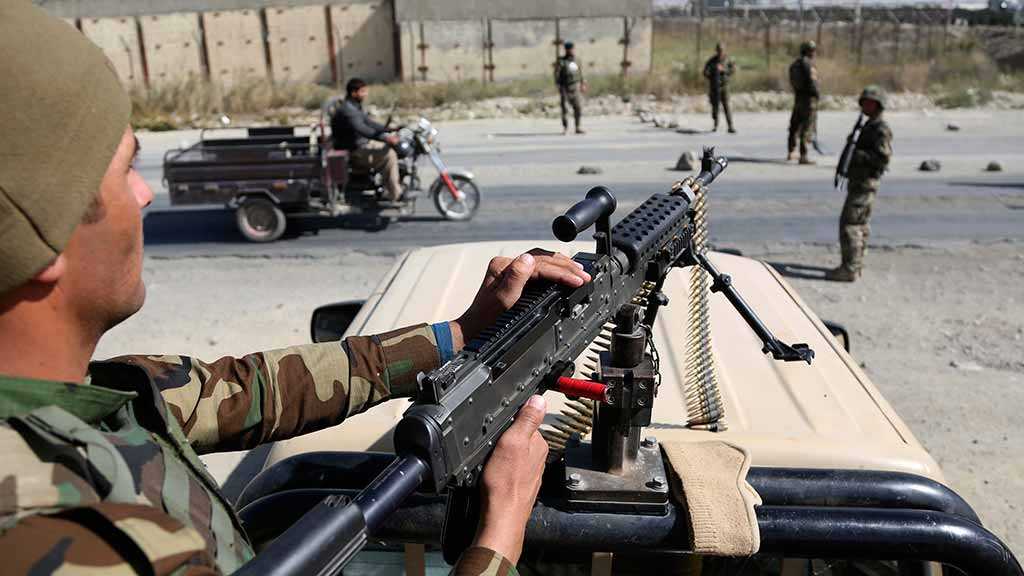 Nine Afghan policemen were killed when Taliban militants stormed their checkpoints and launched a follow-up ambush in the eastern Afghanistan city of Ghazni, officials said Saturday.

The Taliban then ambushed a group of police rushing to the scene, killing the local police head, Seerat added. In all, nine policemen were killed and six were wounded, he said.

Arif Noori, spokesman for the Ghazni governor, confirmed the toll.

In August, Taliban fighters briefly held Ghazni, a city of about 300,000 people some 150 kilometers southwest of Kabul, before they were pushed out by US air strikes and Afghan forces.

Noori added that in a separate part of Ghazni province Friday, a mortar round hit a school, killing four students and wounding 15 students and teachers.

"The Taliban and security forces were fighting nearby when the incident happened. We have sent a delegation to investigate the incident," Noori said.

Friday's attacks highlight the ongoing fragility of Afghanistan's security and the risks faced by local forces stationed at vulnerable checkpoints.

President Ashraf Ghani in January said 45,000 security forces have been killed since he took office in September 2014.

On their Twitter account, the Taliban claimed to have killed 12 "soldiers," though the group frequently exaggerates numbers.

Meanwhile in Zabul in southern Afghanistan late Friday, Gul Islam Seyal, spokesman for the local governor, told AFP that four police were killed and two wounded after a "Taliban infiltrator" opened fire at a checkpoint.

The attacks come as the United States seeks to broker a peace accord with the Taliban and the Kabul government, more than 17 years since the US-led invasion that ousted the Takfiri militants.