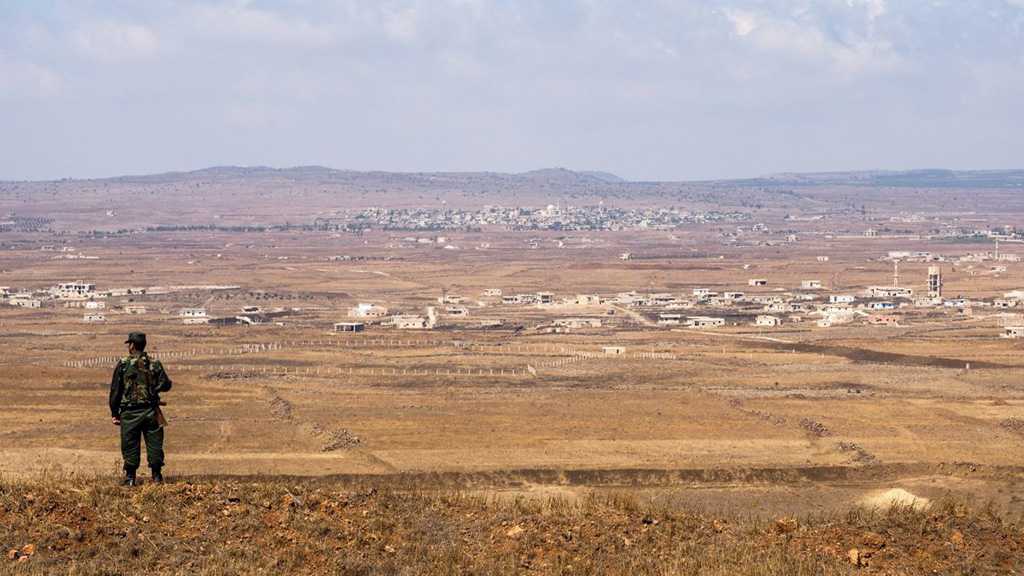 Syria asked the United Nations Security Council to hold an urgent meeting on the US decision to recognize the Golan Heights as ‘Israeli’ territory.

Earlier, US President Donald Trump signed a proclamation Monday in which the United States recognized the ‘Israeli’ annexation of the strategic plateau, despite UN resolutions that call for Zionist entity’s withdrawal from the Golan.

In a letter seen by AFP, the Syrian mission to the United Nations asked the council presidency, currently held by France, to schedule an urgent meeting to "discuss the situation in the occupied Syrian Golan and the recent flagrant violation of the relevant Security Council's resolution by a permanent member-state."

The French presidency did not immediately schedule the meeting and diplomats said there would be a discussion at the council about the request.

On Friday, Syria wrote a separate letter urging the council to uphold resolutions demanding that ‘Israel’ withdraw from the Golan.

The council is scheduled to discuss the latest crisis on Wednesday during a meeting on renewing the mandate of the UN peacekeeping force deployed between the occupation entity and Syria in the Golan, known as UNDOF.