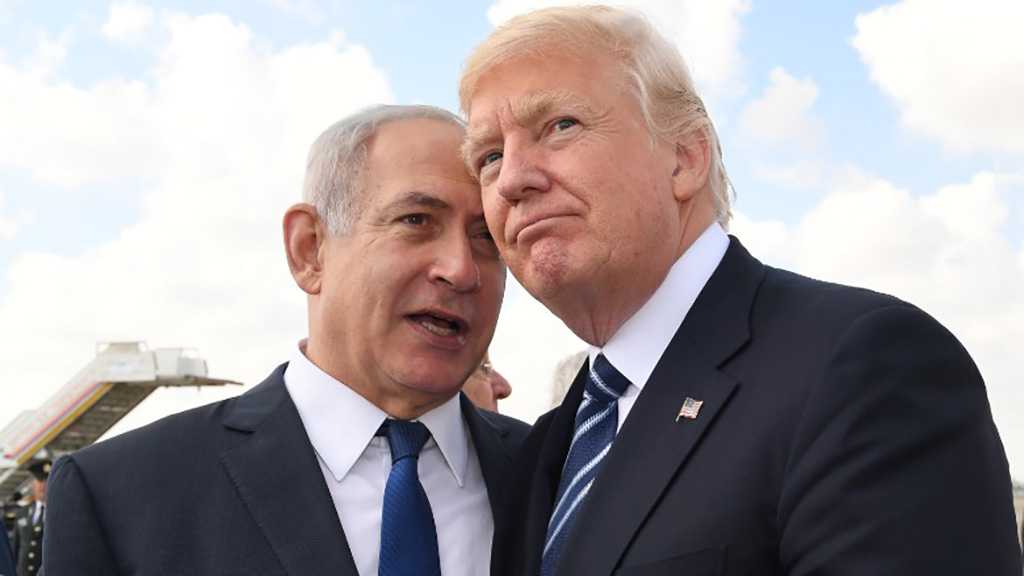 Again, it’s some Arabs’ silence and US hypocrisy that sells the land with no price.

US President Donald Trump announced that he will sign an official document recognizing so-called “Israel’s” sovereignty over the occupied Golan Heights on Monday when “Israeli” Prime Minister Benjamin Netanyahu is visiting the White House.

"President Trump will sign tomorrow in the presence of PM Netanyahu an order recognizing “Israeli” sovereignty over the Golan Heights," Foreign Minister “Israel” Katz wrote on Twitter on Sunday.

Trump’s statement on Friday caused a large number of condemnations.

Syria, Iran, Russia, EU, Turkey and France were among those condemning Trump’s statement, calling it a violation of international law.

On Sunday, the adviser to Supreme Leader of the Islamic Revolution His Eminence Imam Sayyed Ali Khamenei, Ali Akbar Velayati said: “the [US] declaration, which contradicts diplomatic agreements, is going to further complicate the situation in the Middle East beyond what it is today. It is a move for political support in the Zionist parliamentary elections and direct support for Netanyahu against his rivals.”