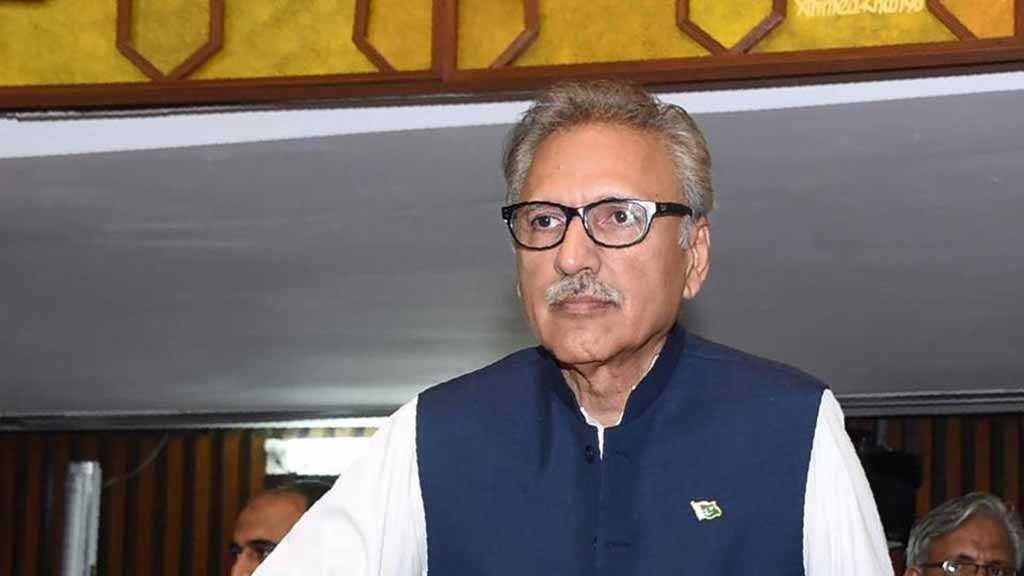 Pakistani President Arif Alvi had some sharp words for his Indian counterparts in a speech dedicated to Saturday's Pakistan Day celebrations, against the backdrop of a massive military parade in Islamabad.

Addressing his fellow Pakistanis amid the ongoing tensions with India, President Alvi emphasized that Pakistan was "a reality and India should accept facts and not make the mistake to view it in a pre-partition light."

"Doing so would be very dangerous for the region's stability," he said, according to Pakistani TV channel Geo News.

"Responding to Indian aggression was our right. Through our plan of action, we responded to India immediately and effectively," Alvi noted, while accusing India of an "irresponsible" attitude amid the tensions.

"After the Pulwama attack, India blamed Pakistan without any evidence. India did not adhere to international laws and violated Pakistan's airspace," Alvi said, referring to the February 14 attack on an Indian security convoy in the Indian-controlled area of Kashmir by Pakistan-based Islamist militants, which prompted the Indian military to retaliate by targeting a militant camp on the Pakistani side of the border in late February.

President Alvi stressed that Pakistan has respect for the sovereignty of all countries, "and wishes peace, but our desire for peace should not be mistaken as a sign of weakness." Emphasizing that Pakistan "believes in dialogue" in solving the diplomatic spat, the president suggested that "instead of wars, we should focus on providing health, education and employment. Our real war is against unemployment and poverty," he said.

Alvi's sentiment was echoed by Prime Minister Imran Khan, who urged Pakistanis not to forget "Kashmiri people who have long been victims of Indian state terrorism and forced to lead a life of misery."

Pakistan Day is a national holiday commemorating the adoption of the Lahore Resolution of 23 March 1940, which called for the establishment of independent states in the predominantly Muslim northwestern and eastern territories of what was then British India. The holiday also commemorates the adoption of the first Pakistani constitution in 1956. India opted not to send any representatives to the Pakistan Day reception in New Delhi organized by the Pakistani diplomatic mission there following Pakistani authorities' decision to invite Kashmiri militants to attend the event.

Tensions between the nuclear-armed Asian neighbors soared following the Pulwama attack, organized by a Pakistan-based Takfiri group affiliated with al-Qaeda, and the Indian response, which led to the downing of at least two warplanes,  provocative military drills, airspace violations, drone shootdowns, and back and forth small arms and artillery fire along the sensitive Line of Control border in Kashmir.