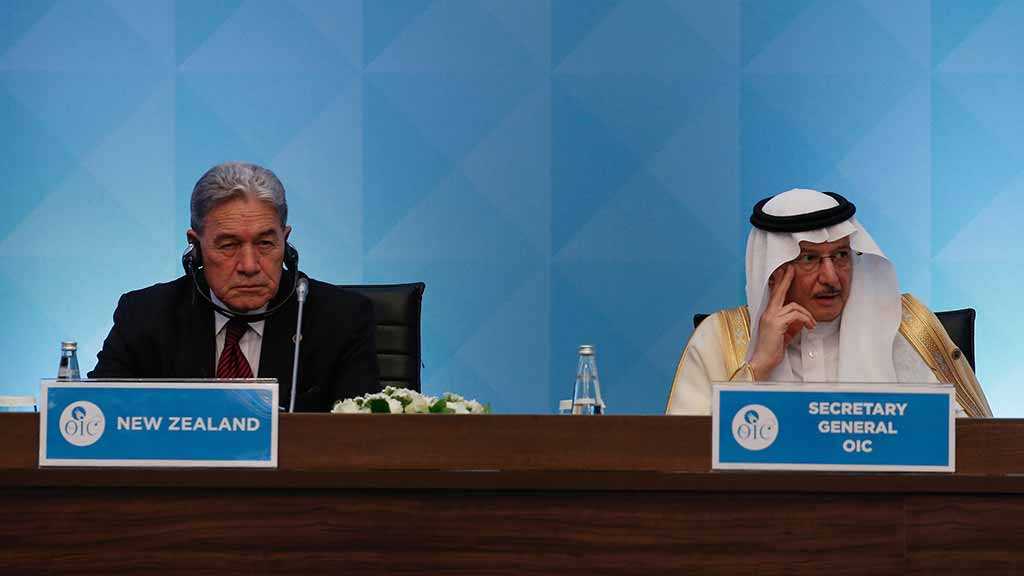 The violent shootings in two mosques in Christchurch, confirmed by New Zealand Prime Minister Jacinda Ardern to be a terrorist attack, took place on Friday, when Australian gunman and self-described terrorist Brenton Tarrant murdered 50 people and injured dozens of others.

"Ensuring Muslim communities in New Zealand feel safe and secure is a particular focus," Winston Peters said at an emergency meeting of the Organization of Islamic Cooperation [OIC] in Istanbul.

Last Friday, a gunman killed 50 people after opening fire at two mosques in the town of Christchurch in eastern New Zealand.

The suspected shooter is Brenton Tarrant, a 28-year-old Australian national and a Dunedin resident. The gunman is known to have published a manifesto filled with anti-Muslim statements prior to committing the attack.

Earlier, a court in New Zealand ruled to place Tarrant in custody until April 5.