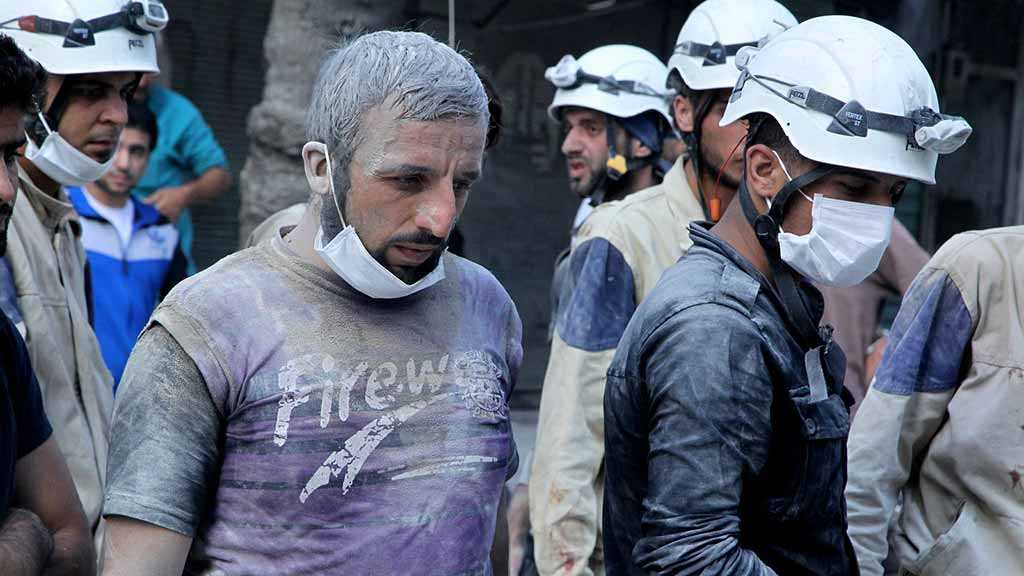 The Syrian Foreign Ministry condemned on Monday Washington's plans to allocate $5 million to the White Helmets group in Syria as "desperate" and called on the United States to stop funding terrorism.

"This desperate move of the United States… proves that the United States still counts on supporting terrorism as a means to achieve its goals in Syria… The Syrian Arab Republic strongly condemns Washington supporting terrorists, in particular White Helmets, and calls on the US administration to stop financing and delivering arms to al-Nusra and terrorist groups affiliated with it," the ministry said.

Last week, the US State Department revealed plans to allocate $5 million to the White Helmets and the UN International, Impartial and Independent Mechanism (IIIM) that is investigating crimes in Syria. The motion is set to be endorsed by the US Congress.

The White Helmets claims to be a group of volunteer rescue workers, who help to prepare Syrians for attacks and carry out rescue operations.

However, the group has faced severe criticism on the part of both Syria itself and Russia, which accuse the organization of supporting terrorists and staging provocations involving chemical weapons, aimed at justifying potential foreign interventions in Syria.