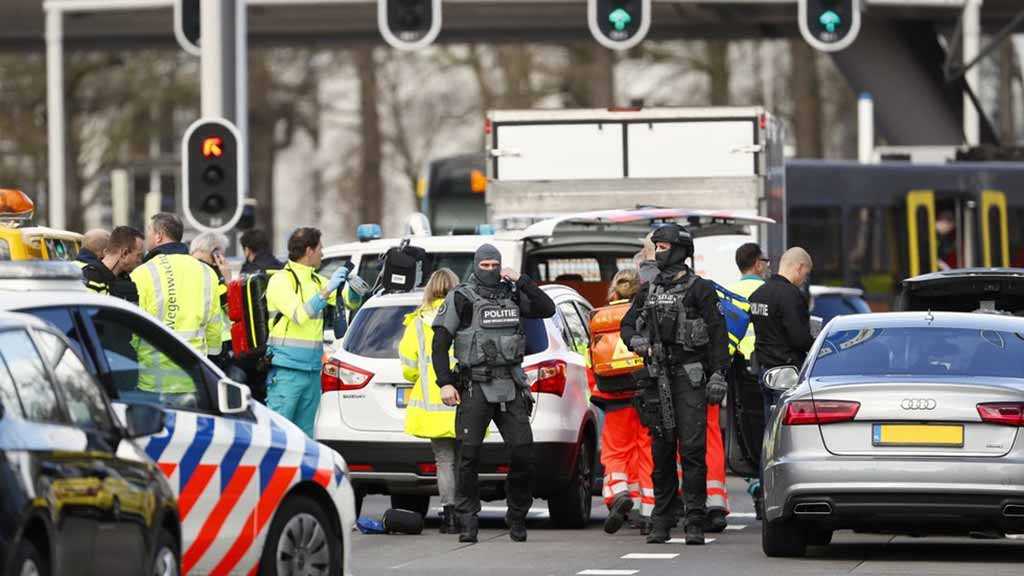 One person was likely killed and several more people were injured in a shooting that broke out in the Dutch city of Utrecht. Terrorism is being investigated as a potential motive, police said.

The Dutch counter-terrorism unit has surrounded a building where the gunman may be located, local media has reported. The perpetrator managed to escape the scene of the crime earlier, despite police cordoning off the area and adjacent streets.

A square around a tram station outside downtown Utrecht is also on lockdown.

The shooting has likely left one person dead, a police spokeswoman said. Ambulances and emergency services are also present although the number of injured is yet to be clarified.

Police said it's looking at all plausible motives for the shooting, including terrorism.

Medevac helicopters have been send in to airlift the wounded, Utrecht police said. They also urged drivers to make way for medical vehicles.

U-OV, a local transport company, said tram services were suspended all around the city. As the situation developed, Dutch Prime Minister Mark Rutte canceled the weekly coalition meeting and will consult with a crisis response team.

It is still unclear if the shooter acted alone or had accomplices. “A man started shooting wildly," an eyewitness told Dutch news outlet NU.nl. But the AD.nl website cited a witness who said there were four gunmen who opened fire at a woman near the tram station.

24 Oktoberplein Street, where the shooting took place, is an important traffic junction in Utrecht, the fourth largest city in the Netherlands.

Relatedly, the Netherlands raised the terror threat in Utrecht province to highest following a tram shooting. The Dutch counter-terror agency said it appears to be a terror attack.

The National Anti-Terrorism Coordinator (NATC) said it raised the terrorism threat level to 5 in all of Utrecht area, the highest for the emergencies of this kind. The alert will be in place until at least 18:00 local time.

The government authority said the decision was made after the shooting on a tram in Utrecht, where rescue efforts and a manhunt for possible perpetrators are still underway. The incident “currently has all the characteristics of a terrorist attack,” NATC said.

Utrecht police said on Monday that they were considering the possibility of a “terrorist motive.” Heavily armed officers rushed to the area shortly after the shooting was reported on a tram at a busy traffic junction.

Rutte called the situation “very worrying” and the country’s counterterror coordinator said in a tweet that a crisis response team met to address the situation.