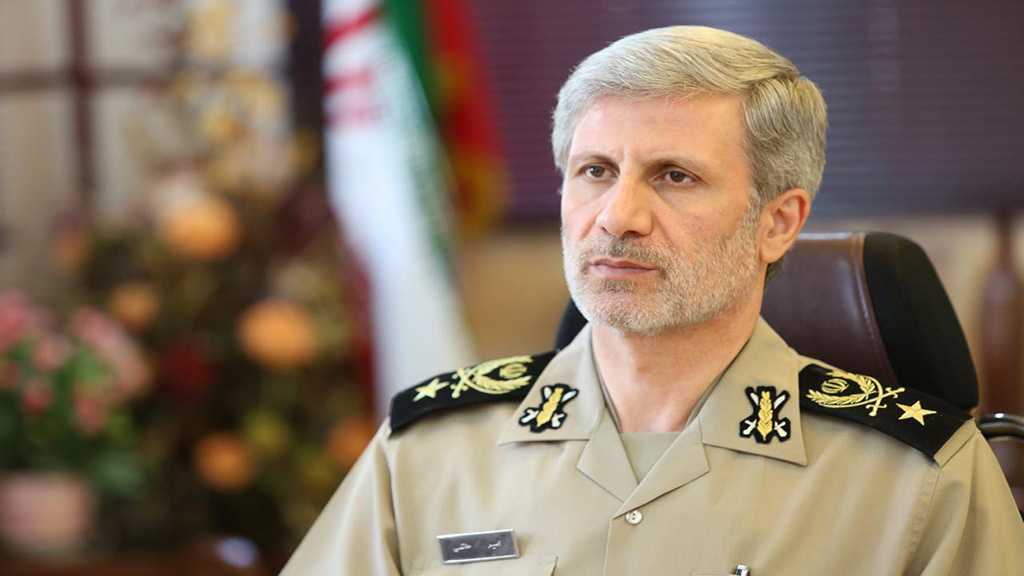 Iranian defense minister Brigadier General Amir Hatami said ‘Israeli’ threats against Iran oil exports are tantamount to global insecurity, and vowed that Iran will give firm response to them.

Earlier on March 6, Zionist Prime Minister Benjamin Netanyahu claimed that Iran is smuggling oil and the ‘Israeli’ navy will have an important role in blocking Iran's action.

Speaking to the Islamic Republic News Agency [IRNA], Hatami said definitely if they have such intension, it is tantamount to global insecurity and banditry.

Hatami added that the Islamic Republic of Iran is powerful enough to address the issue and will give firm response to ‘Israeli’ threats.

The international community will not also accept such measures, he reiterated.

Certainly, the Iranian armed forces will safeguard the shipping lines and the international waterways, he further stressed.

He added that Iranian navy forces are also present in open seas like Gulf of Aden, Bab-el-Mandeb, Red Sea, Suez Canal and the Mediterranean Sea to safeguard Iranian shipping lines.

He went on to say that Iranian destroyers and submarines are able to use cruise missiles, torpedoes and anti-ship missiles.