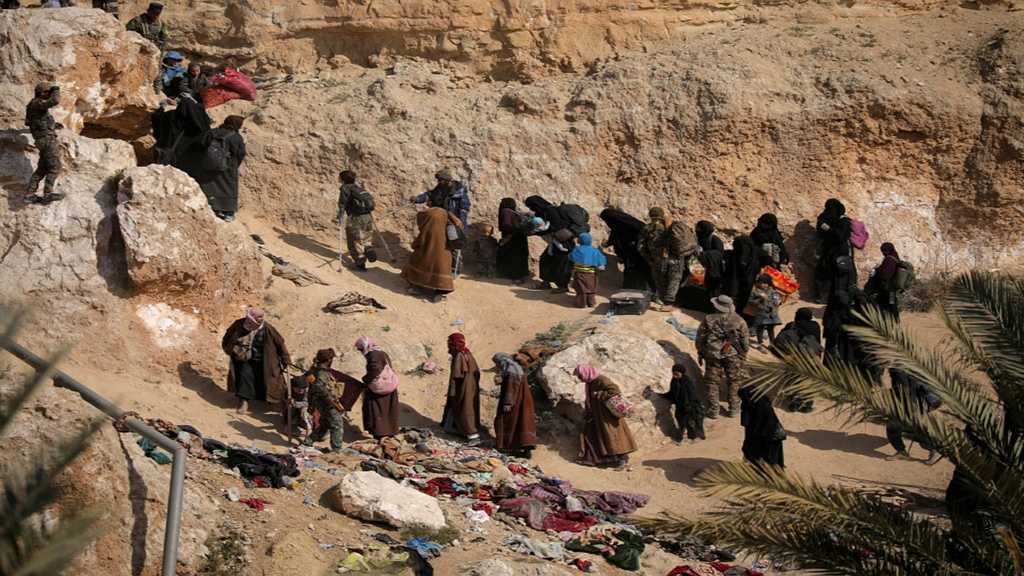 Around 3,000 Daesh [the Arabic acronym for terrorist ‘ISIS/ISIL’ group] members surrendered from the group's last holdout in Syria, Kurdish-led forces said Tuesday, as air raids and shelling resumed after a brief lull.

A ragged tent encampment in the eastern Syrian village of Baghouz is all that remains of a once-sprawling Daesh "caliphate" declared in 2014 across large swathes of Syria and neighboring Iraq.

The US-backed so-called Syrian Democratic Forces [SDF] has been trying to crush holdout Daesh fighters for weeks but the mass outpouring of men, women and children from the riverside hamlet has bogged down its advance.

Backed by the US-led coalition, the SDF renewed its assault Sunday after warning remaining Daesh fighters their time was up.

Air strikes and shelling have since pummeled Baghouz three nights in a row, killing scores of fighters and prompting hundreds of terrorists and their relatives to surrender.

Thousands handed themselves over Tuesday, after a deluge of fire hit Daesh encampment the previous night.

"Number of Daesh members surrendered to us since yesterday evening has risen to 3,000", Syrian Democratic Forces spokesman Mustefa Bali tweeted in English on Tuesday evening.

Three women and four children of the Yazidi minority were also rescued, he added.

The SDF and the US-led coalition resumed shelling and air strikes on the last Daesh bastion Tuesday evening, interrupting a brief lull in fighting that had taken hold during the day to allow for people to surrender.

An AFP correspondent near the front line heard warplanes rumbling overhead, as the sound of mortar fire and explosions rang from the Daesh encampment.

Dozens of SDF fighters massed at the entrance of the village of Baghouz on Tuesday evening.