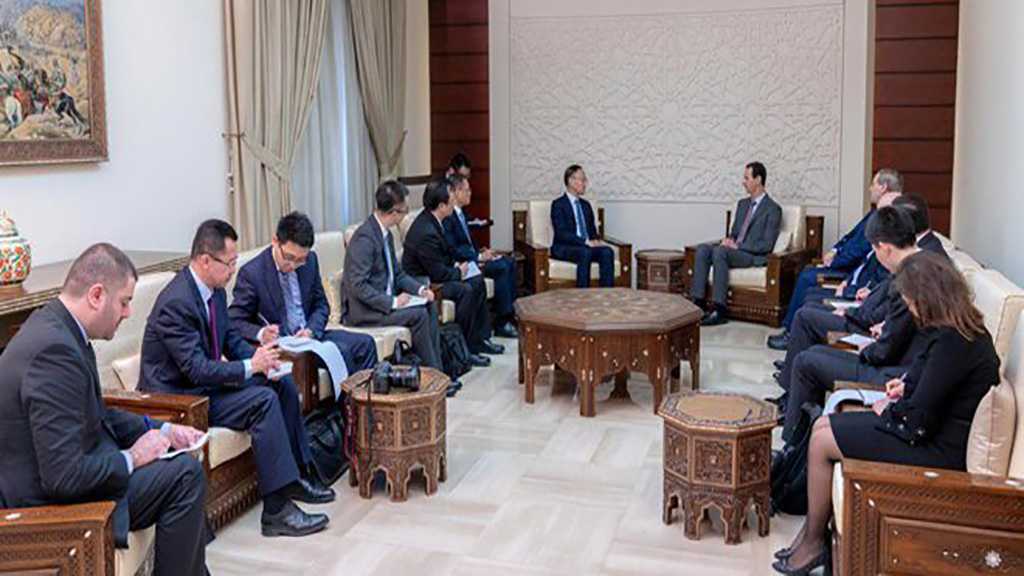 During the meeting, the two sides affirmed the deep-rooted historical relations between Syria and China, and the need to bolster coordination and cooperation between the two countries on political, military, economic, cultural, and technological levels.

President al-Assad said the war on Syria has started to take a new form based on sieges and economic war, pointing out that the tools of the international politics have changed today, and the differences that had previously been resolved through dialogue are now being addressed in a different method based on boycotts, withdrawal of ambassadors, economic siege, and the use of terrorism.

He stressed that the war on terrorism in Syria is a part of a broad war on the international arena, and that terrorism cannot be confined in a specific geographical area, adding that distances, no matter how long, do not stand in the way of the spread of extremist ideology.

Al-Assad affirmed that combating terrorism is not only carried out via military action; what is more important is to combat it intellectually and ideologically.

For his part, Chen said that China has a strategic long-term view regarding relations with Syria, stressing that thanks to the steadfastness of the Syrian leadership and people, the situation on the ground has started to improve.

Chen voiced his country’s readiness to keep standing by Syria and providing it with all forms of support.