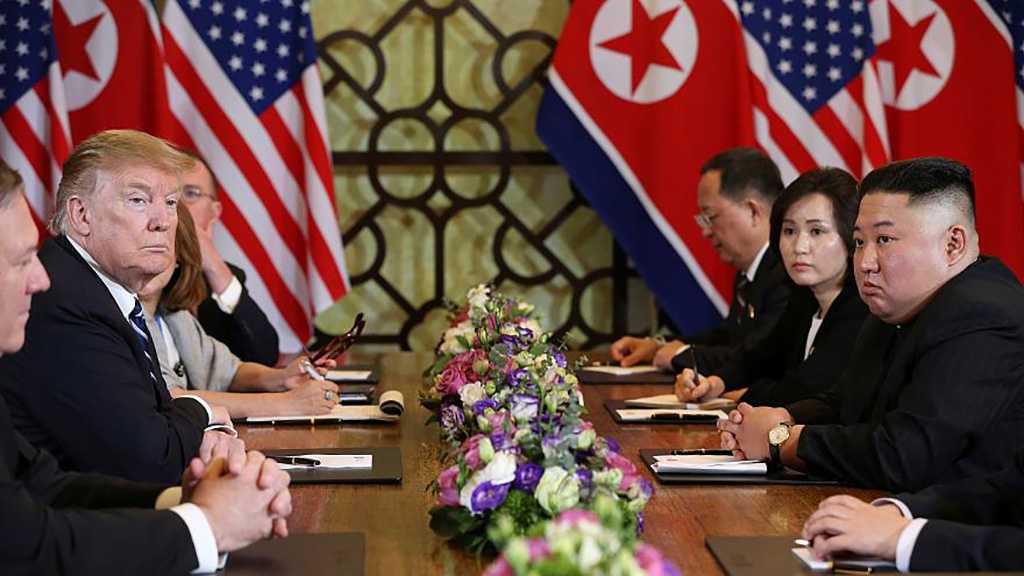 US President Donald Trump cut short his summit with North Korean leader Kim Jong-un in the Vietnamese capital as they fail to strike a denuclearization deal, the White House said.

White House Press Secretary Sarah Huckabee Sanders told reporters Thursday that denuclearization talks between the two leaders would end early and Trump would soon return to his hotel in Hanoi.

“The two leaders discussed various ways to advance denuclearization and economic driven concepts. No agreement was reached at this time, but their respective teams look forward to meeting in the future,” the White House said in a statement.

Sanders also announced that Trump’s news conference, which was originally due to be held at 4pm local time had been moved up to 2pm.

According to latest updates, reporters had been bused to the Mariotti hotel, where Trump was expected to address the media.

Julian Borger, with the Guardian, said "all signs are bad" and pointed to the collapse of the talks as Trump skipped a launch with Kim and possibly called off the signing ceremony.

Both leaders were seen separately leaving the Metropole Hotel, where the summit was being held. No further joint meetings between them were announced.

Trump said earlier that he was in “no rush” to seal a deal over North Korea’s nuclear program, downplaying raised expectations of a swift breakthrough in his second set of high-stakes talks with Kim in Vietnam, some eight months after their first historic get-together in Singapore.