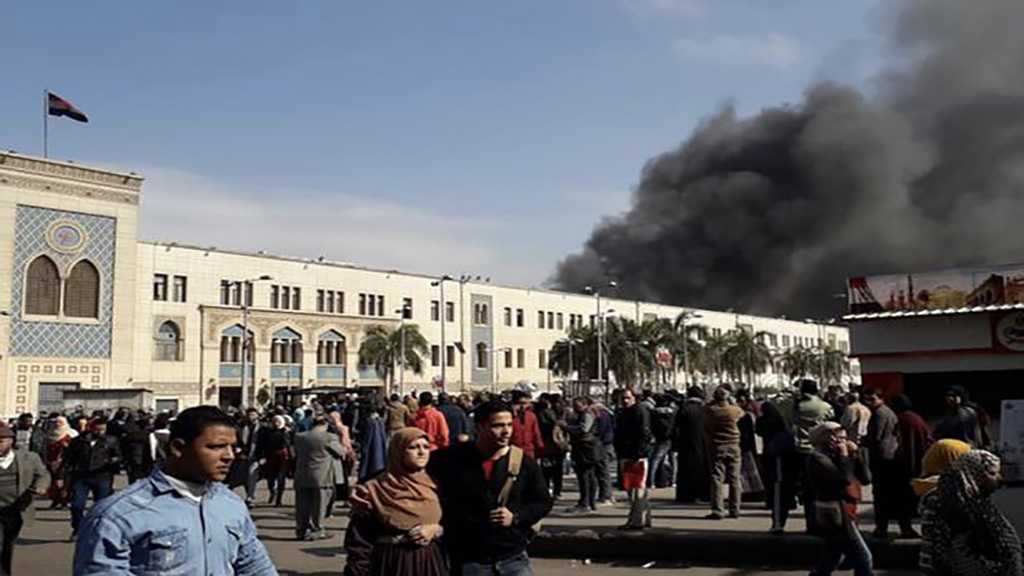 In a tragic incident, twenty-four people lost their lives and 50 injured after a huge fire broke out on a train entering a major train station in Egypt, according to local reports.

Horrifying pictures of bodies strewn on the tracks and a platform have emerged after the fire reportedly caused the train to derail.

The train was entering the main station in Cairo, the capital city, from Alexandria when the blaze erupted, according to local reports.

There are fatalities and many people injured, a security source said, but the official number of people affected has not been confirmed.

Shocking photographs show bodies charred by flames lying on the tracks and platform, with flames in the background and plumes of smoke billowing.

People appear to be trying to flee from the scene as panic spreads.

Railway authorities ordered the evacuation of the station.