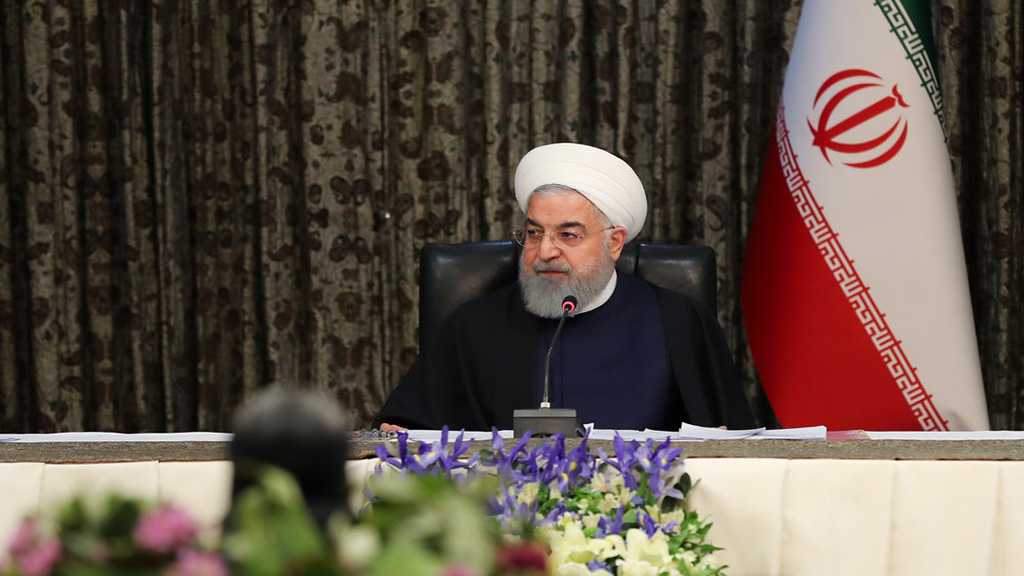 Iranian President Hassan Rouhani said that the country's foreign ministry, oil ministry, and the Central Bank are standing at the front line of the fight against Washington.

He made the remarks Tuesday in a meeting with officials of Central Bank of Iran (CBI) in Tehran.

“Today, Foreign Ministry, CBI and Oil Ministry are at the front line of this fight. I want to appreciate the resistance of Mr. Zarif, Mr. Hemmati, and Mr. Zanganeh. These are the forces fighting in the front line. Of course, the rest of economic ministries are on the second line of defense,” he said.

Rouhani's appreciation for Zarif came as the top diplomat announced his resignation from his post as Iran's foreign minister on Monday.

The president went on to say that Iran has had many great achievements despite US sanctions and economic pressures.

“In general, we should not have had a positive trade balance in times of sanctions, but today, this balance is desirable; our non-oil exports are worth $40 billion while the imports are at $38.5 billion. So our balance is +$1.5 billion.”

Rouhani also touched upon yesterday’s visit of Syrian President Bashar al-Assad to Tehran, saying his trip was aimed at voicing appreciation for the Iranian government and nation for supporting Damascus.

Elsewhere in is his remarks, Rouhani talked about the importance of establishing banking ties with other countries, saying it is not possible to sell oil and bring the money home without having financial and banking relations with the world.

If relations between Iran and Financial Action Task Force (FATF) are severed, Iran will face problems in terms of its banking ties, he noted, adding that all experts of the banking sector can confess to this fact.

The two FATF-related bills have already been approved by the lawmakers in the Iranian Parliament and need to gain the approval of the Expediency Council after they were rejected by the Guardian Council. Meanwhile The Paris-based Financial Action Task Force (FATF) watchdog has extended Iran's deadline to June to strengthen its anti-money laundering legislation by endorsing the remaining bills, namely the CFT and the Palermo conventions.