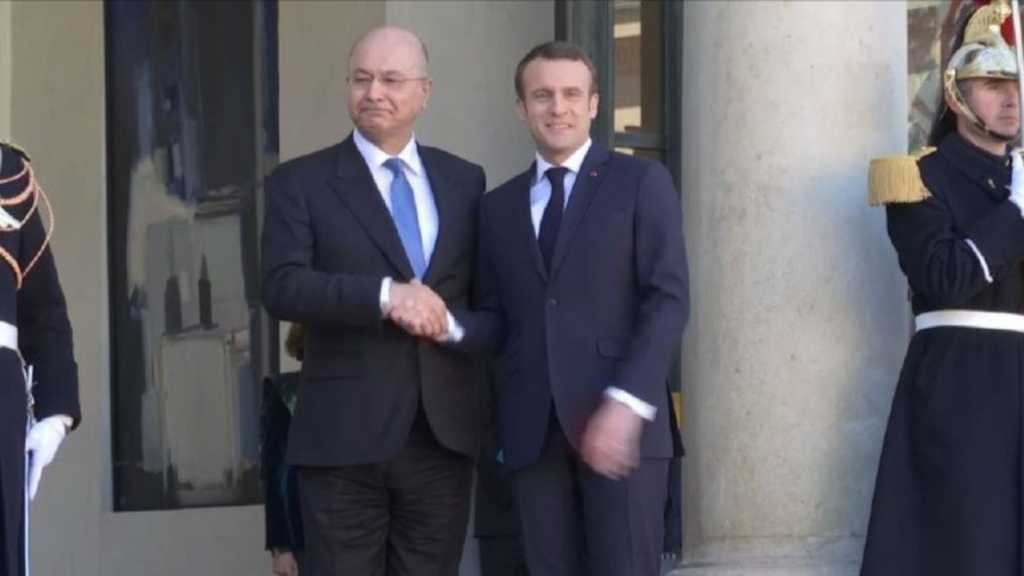 French President Emmanuel Macron said that his country has relations with "the political wing of Hezbollah represented in the Lebanese government.”

Macron further added that “no country can put a Lebanese party representing the government on the list of terrorism.”

In a joint press conference with Iraqi President Barham Salih, Macron expressed his happiness that “the US decided to keep US troops in Syria.”

“France continues its efforts to find solutions to the Syrian crisis,” he concluded.