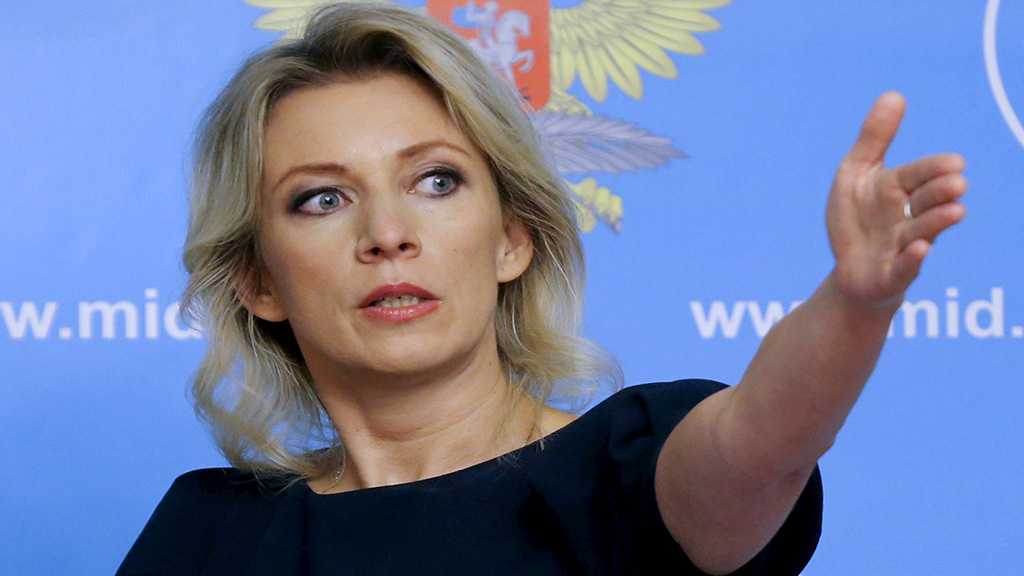 Russian Foreign Ministry Spokeswoman Maria Zakharova warned that the United States is using humanitarian aid to instigate a “dangerous provocation” in Venezuela by arming the country's opposition while moving its own forces closer to Venezuelan borders in preparation for a military invasion.

Zakharova said Washington and its allies were planning to supply Venezuela's self-proclaimed president, Juan Guaido, and his supporters with a wide range of weapons as they challenge the legal government of President Nicolas Maduro.

"We have information that companies from the US and its NATO allies are considering the possibility of buying a large batch of weapons in one of Eastern European countries in order to provide them to the Venezuelan opposition," she told the media in Moscow on Friday.

"The batch will reportedly include heavy machine guns, grenade launchers, portable missile launchers and ammunition for light weapons and artillery systems. So this is what they mean when they talk about delivering humanitarian aid," Zakharova added.

Guaido, who has already welcomed US threats of potential military intervention in his country, has set a Saturday deadline for the government to let in the alleged US “aid” supplies.

Maduro said that US President Donald Trump wants to facilitate regime change in Venezuela under the cover of manufacturing a humanitarian crisis there. On Thursday, he ordered Venezuela's border with Brazil to be shut and threatened to also close the border with Colombia as well.

Zakharova said that the plan to use aid shipments as a cover allowed Washington to move Special Forces and military equipment “closer to Venezuelan territory” by causing tensions at the border.

Guaido's intentions to bring the supplies across the border were aimed at provoking violence, she further noted.