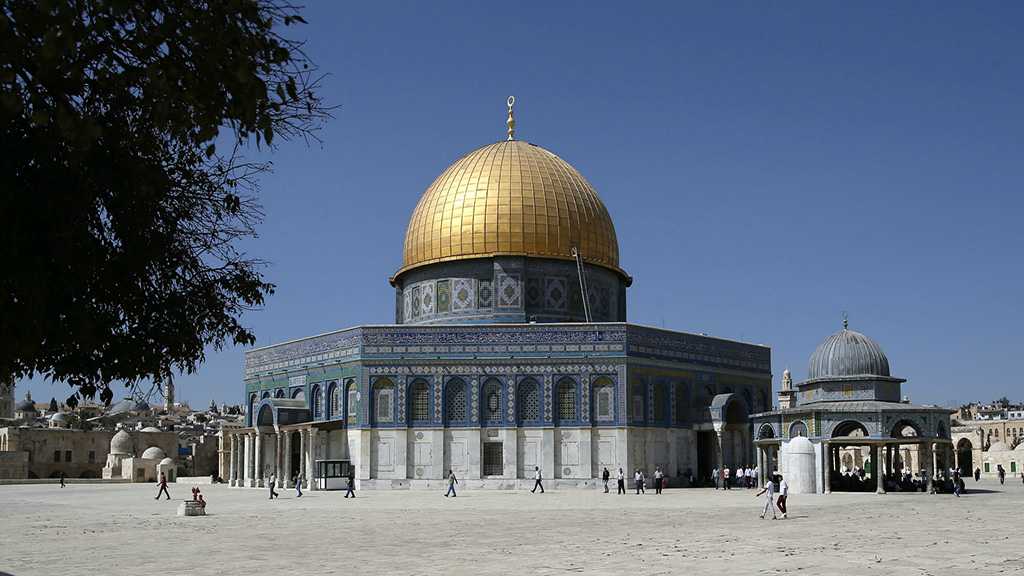 Tehran condemned the Zionist entity’s recent move to shut down al-Aqsa Mosque, calling on Muslim countries and the international community to take “immediate” action and stop the “racist” regime.

Iranian Foreign Ministry spokesman Bahram Qassemi on Thursday said ‘Israel’s’ actions are a violation of the sanctity of al-Aqsa Mosque, which is the third holiest site to Muslims.

“The process of the massacre and ethnic-religious cleansing [of Palestinians] in al-Quds has been underway incessantly and in a systematic way since the occupation of Palestine [in 1948],” he added.

Qassemi further censured the “deadly silence” of the regional states in the face of such violations of Palestine’s historic and Islamic sites, calling on the international community, the UN in particular, to take “immediate” actions and stop the “racist” regime.

He hailed the Palestinian people’s resistance against the Zionist regime.

On Monday, Zionist occupation soldiers placed locks and metal chains on the al-Rahma gate of the al-Aqsa Mosque compound in the Old City of occupied East Jerusalem al-Quds and prevented hundreds of Palestinian worshipers from entering the site, while several were arrested inside the holy site.

Local sources, requesting not to be named, told the Arabic-language Palestine al-Aan news agency that 10 Palestinians sustained injuries on Tuesday evening after ‘Israeli’ troops assaulted them at Bab al-Rahma [Gate of Mercy].

Qassemi also took a swipe at certain regional states for participating in a recent US-organized Warsaw conference, noting that their participation and attempts to normalize ties with ‘Israel’ have emboldened the occupying regime to commit such acts of aggression and violations.

The international gathering took place in the Polish capital from February 13 to 14.

The Palestinians, who boycotted the conference, strongly denounced the summit and the participation of Arab ministers.