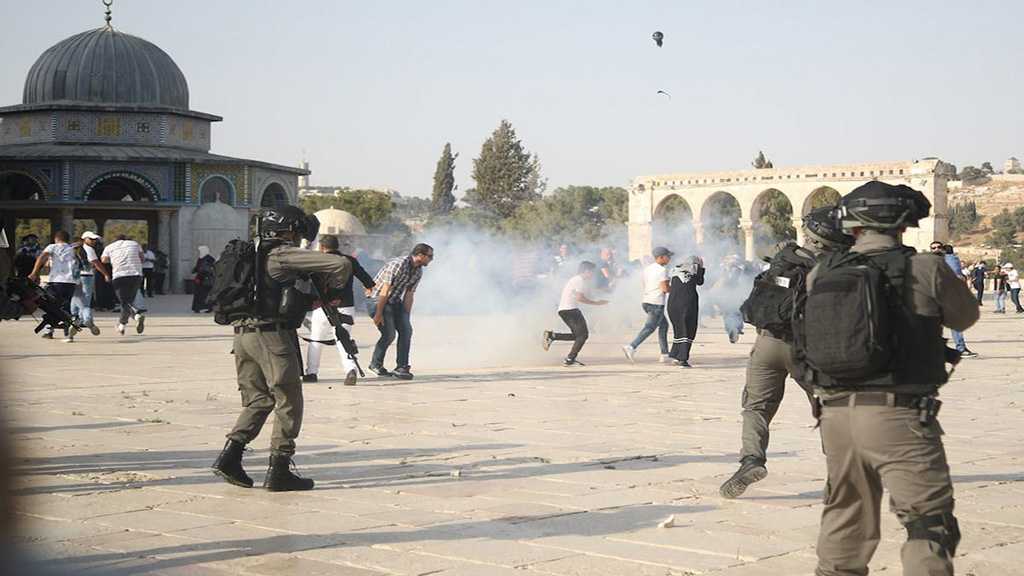 Ten Palestinian people were wounded by ‘Israeli’ forces on Tuesday evening, while others were arrested as Israeli forces stormed the holy al-Aqsa Mosque and attacked worshipers at Bab al-Rahma in the occupied holy city of al-Quds.

Among the injured was the secretary of Fatah Movement in the old town of al-Quds, Nasser Qus.

In further details, confrontations broke out between the young Palestinians and ‘Israeli’ occupation forces inside the squares of al-Aqsa Mosque as young men removed the gate in front of Bab al-Rahma again, locals reported.