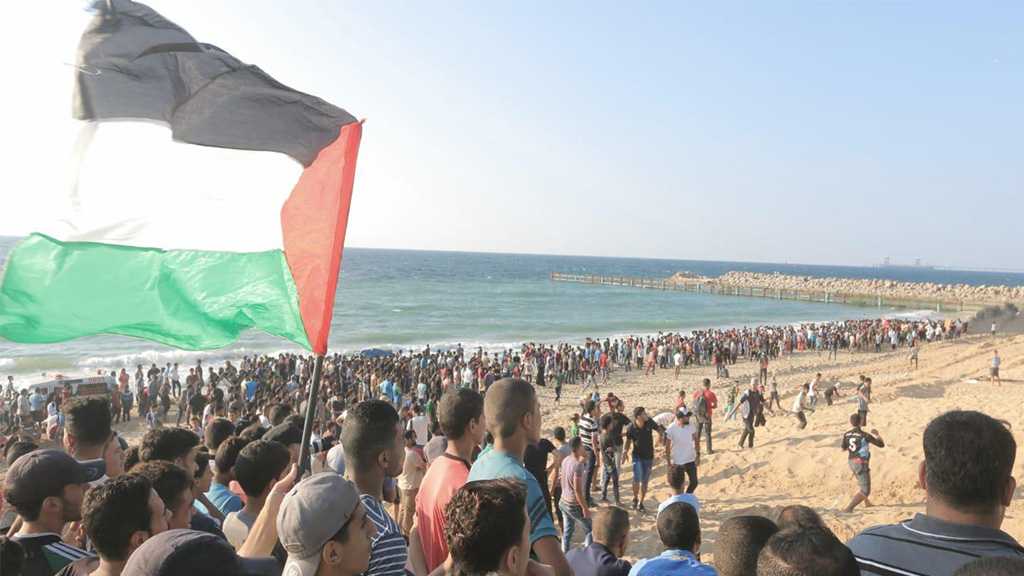 Dozens of Palestinians sustained injuries as hundreds of people staged another demonstration near the Gaza Strip’s northern maritime border with the ‘Israeli’-occupied territories against the Zionist regime’s 12-year naval blockade.

The spokesman for the Gaza Ministry of Health, Ashraf al-Qidra, said in a statement that 39 protesters were struck with live bullets on Tuesday as they participated in the 24th weekly naval march north of Gaza.

The occupation regime imposed a limit of three nautical miles on fishing in the waters off the Gaza shore until August 2014, when Palestinian fishermen were allowed to go out six miles under a ceasefire agreement reached between the Zionist regime and Palestinians following a deadly 50-day ‘Israeli’ war in the same month.

In May 2017, ‘Israeli’ authorities increased the fishing area for Gaza fishermen to nine nautical miles.

Over the past few years, ‘Israeli’ occupation forces have carried out more than a hundred attacks on Palestinian boats, arresting dozens of fishermen and confiscating several boats.

Palestinians have held weekly protests on the Gaza border, over the siege on the enclave and the right for refugees to return to their homes they were forcibly expelled from during the 1948 creation of the occupation entity.

More than 260 Palestinians were martyred by enemy forces ever since anti-occupation protest rallies began in the Gaza Strip on March 30. Over 26,000 Palestinians have also sustained injuries.