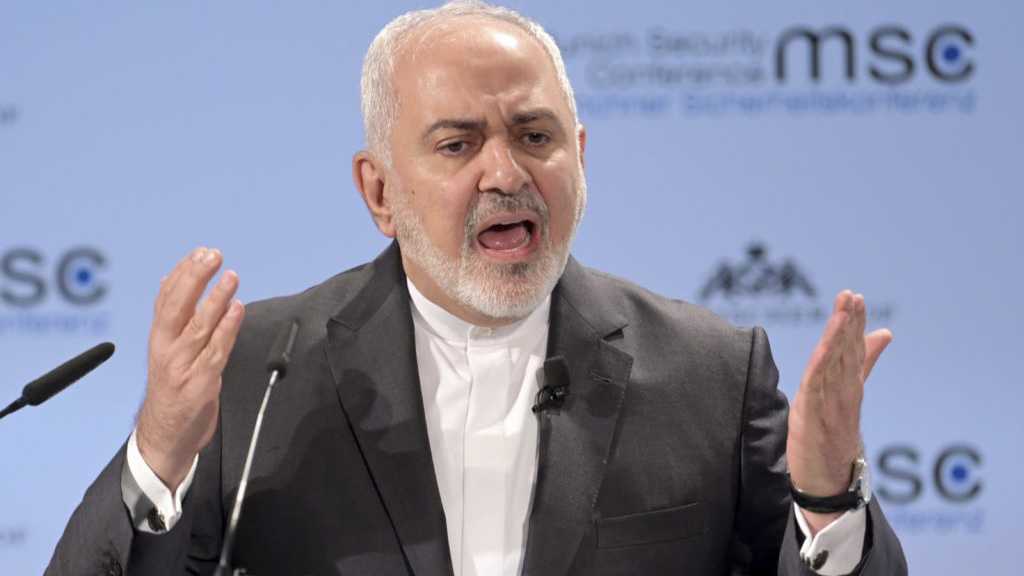 Iran's foreign minister on Sunday accused Israel of looking for war and warned that its actions and those of the United States were increasing the chances of a clash in the region.

Addressing the Munich Security Conference, Mohammad Javad Zarif, also criticized the US administration after Vice President Mike Pence this week called on European powers to pullout of the nuclear deal with Iran. Zarif urged France, Germany and Britain to do more to save that accord.

"Certainly, some people are looking for war ... ‘Israel’," Zarif said. "The risk (of war) is great. The risk will be even greater if you continue to turn a blind eye to severe violations of international law."

Accusing the “Israeli” entity of violating international law after bombing campaigns in Syria, Zarif criticized European powers for not calling out the entity and the United States for their behavior in the region.

Zarif said the US had an "unhealthy" and "pathological obsession" with Iran and accused Pence of trying to bully his allies.

"All in the name of containing Iran, the US claims, and some blindly parrot, that it is Iran that is interfering in the region, but has it been asked whose region?" Zarif said.

"Look at the map, the US military has traveled 10,000 kilometers to dot all our borders with its bases. There is a joke that it is Iran that put itself in the middle of US bases."

Zarif, who said Iran was committed to the 2015 nuclear deal with world powers for now, also accused France, Britain and Germany of not doing enough to ensure Tehran received the economic benefits of that accord.

These three countries this month set up the Instrument In Support Of Trade Exchanges (INSTEX), a new channel for non-dollar trade with Iran to avoid US sanctions. But diplomats say it is unlikely to allow the big transactions that Tehran says it needs to keep a nuclear deal afloat.

"INSTEX falls short of commitments by the E3 (France, Germany, Britain) to save the nuclear deal," Zarif said. "Europe needs to be willing to get wet if it wants to swim against the dangerous tide of US unilateralism."