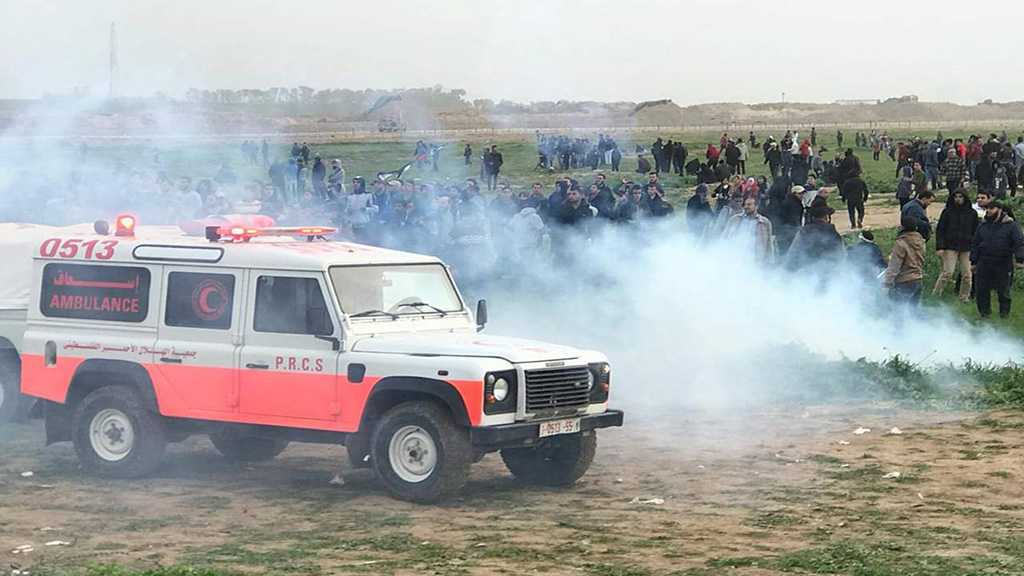 Dozens of Palestinians were martyred or suffocated as peaceful demonstrators were participating in the 47th Great Return March on Friday.

According to a local source, tens of thousands of citizens gathered in the five Al-Awda Camps along the separation fence in the eastern part of Gaza Strip, in a peaceful march to affirm the right of return and the need to break the siege imposed on Gaza.

The source added that ‘Israeli’ occupation soldiers gathered along the separation barrier, fired gas bombs and live bullets, which led to the injury of 7 citizens by live bullets, and dozens others suffocated.

Among the wounded, a paramedic was hit by a bullet in the foot east Gaza, the source confirmed.