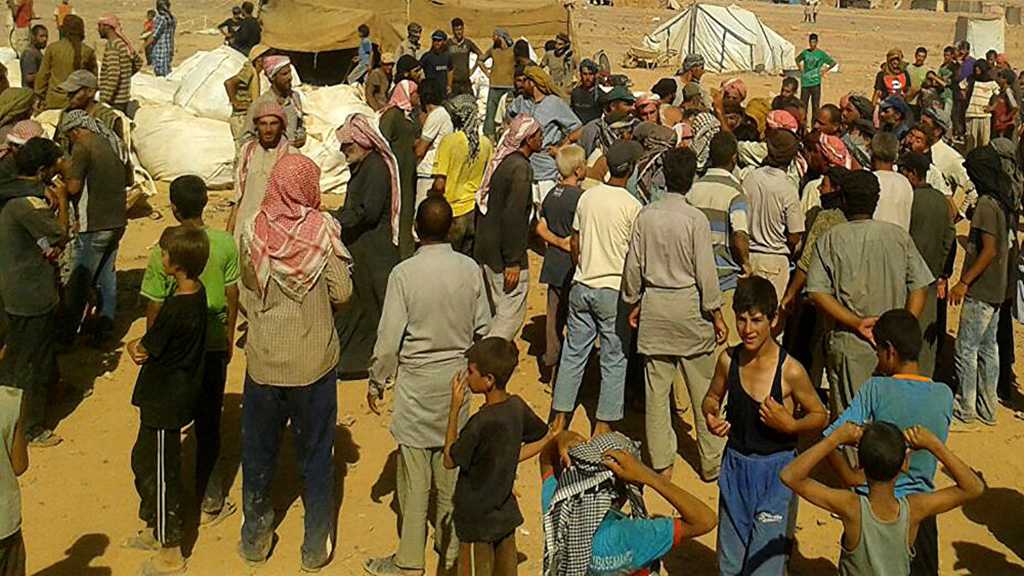 Russia will help Syria open two humanitarian corridors for refugees willing to leave the Rukban camp located in an area controlled by the United States, a joint statement by the Russian and Syrian interdepartmental coordination centers on returning refugees said on Saturday.

US-controlled militants have gained a significant portion of goods from a humanitarian convoy, sent by the United Nations and the Syrian Arab Red Crescent (SARC), to the Rukban refugee camp, according to a joint statement by the Russian and Syrian interdepartmental coordination centers on returning refugees.

Given the negative experience of the first humanitarian convoy as well as absence of any objective information about the targeted aid to refugees from the second humanitarian convoy, there are reasons to say that the major part of humanitarian cargo was received by the US-controlled armed groups, not by the Syrians temporarily deployed in the camp", the statement said.

The UN and SARC humanitarian convoy consisted of more than 100 vehicles. On 10 February, Russian servicemen accompanied the first part of the convoy of 60 vehicles.

According to the statement, Russia will assist Syria in opening two humanitarian corridors for those refugees who want to leave the camp in US-controlled territory.

"In the current situation, having once again made sure that it is not possible to achieve any constructive position on the part of American partners… the Syrian government, with the assistance of the Russian Federation, decided to open two humanitarian corridors in residential areas, Jleb and Jabal al-Ghurab, on the border of the 55-kilometre zone, occupied by the US, where the corresponding checkpoints will be equipped for the voluntary, unimpeded and safe exit of Syrian refugees to places of their choice of residence", the statement continued.

The centers will open in the Jleb and Jabal al-Ghurab areas on 19 February.

"We call on the American command and leaders of illegal militant groups in the al-Tanf zone to at least stop forcibly keeping women and children most affected by cold, illness and malnutrition in the camp. All of them will be given necessary assistance".

He announced that Russia and Syria will jointly establish a temporary housing area for refugees from the camp.

"To save the refugees of the Rukban camp, the Russian center for Syrian reconciliation, jointly with Syria's government, from 19 February 2019… will deploy temporary accommodation centers equipped with warm housing and provided with hot meals, other essentials and medical personnel… All refugees will be provided with motor transport for unimpeded and safe travel to their places of residence in the territory controlled by the Syrian government", he said.

The Rukban refugee camp is situated near the Syrian-Jordanian border in the zone of responsibility of the US al-Tanf base.

Russia has repeatedly accused the US base of providing a safe haven for terrorists, who later carry out attacks on the positions of the Syrian Arab Army.

According to various estimates, there are at least 50,000 people inside the 55-kilometre security zone occupied by the United States.