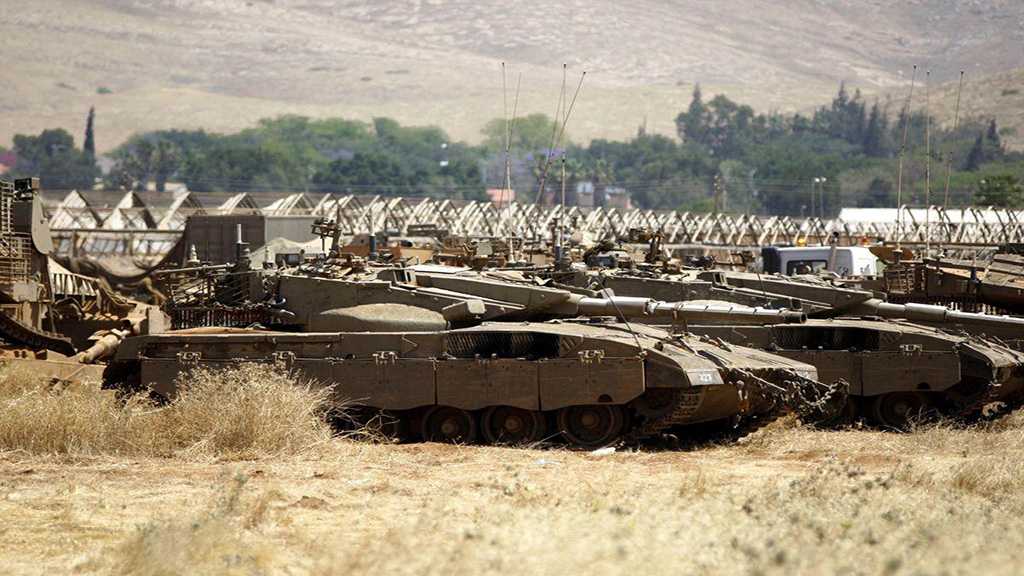 In an attempt to train soldiers for combat operations in topographical conditions similar to those in Lebanon, the Zionist army conducted a massive drill over the last week.

The wargame was the largest one carried out by the occupation’s 401st Brigade of the Armored Corps in recent years, according to ‘Israeli’ Channel 12 news. The soldiers carried out drills in coordination with the ‘Israeli’ Air Force, as well as the engineering and intelligence corps.

Dozens of tanks, armored personnel carriers and helicopters were deployed in the training zone in the occupied Jordan Valley, according to the Zionist military.

“As the situation in Syria stabilizes, Hezbollah is returning its forces to Lebanon,” Sonago said. “They are no longer a guerrilla organization, but a real army. They fought there in regiments of companies and battalions, very similar to the military,” he told Channel 12.

“They operate in civilian areas and are ready with a large quantity of anti-tank missiles,” Sonago added. “This is a challenge the [‘Israeli’ military] must train for.”

The exercise comes while the ‘Israeli’ regime heightened tensions along the border with Lebanon after launching an alleged operation to locate and destroy cross-border tunnels claimed to be used by Hezbollah to reach the occupied territories.

Hezbollah Secretary General His Eminence Sayyed Hassan Nasrallah later dismissed the effectiveness of the Zionist operation that wrapped up in January, adding that Hezbollah’s plan to liberate northern of the occupied territories remained intact.