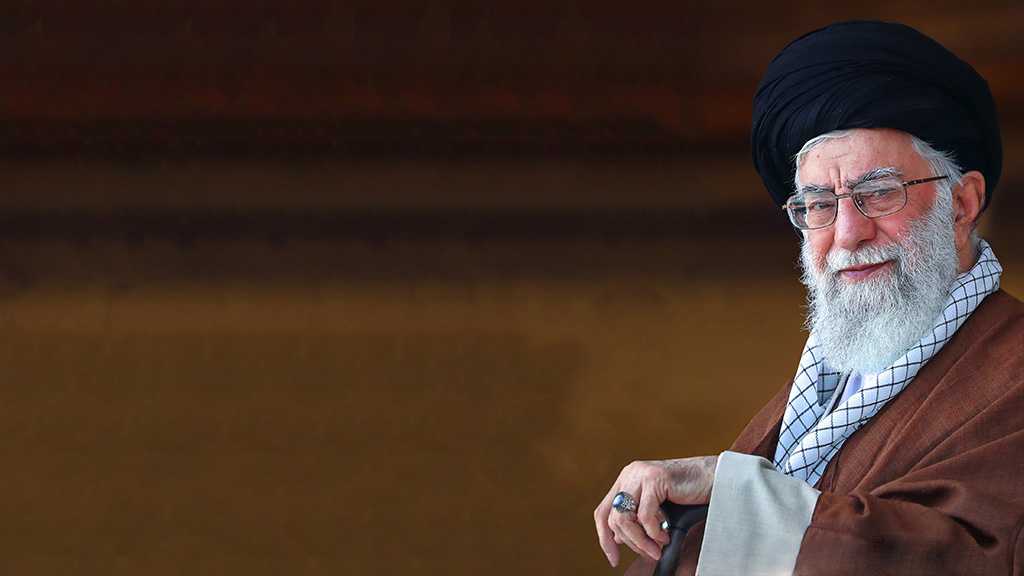 His Eminence further pointed that the Islamic Revolution guaranteed Iran’s security, stability, and territorial integrity, and stressed that Iran must not back down from its national and revolutionary values.

“Iranian nation’s glorious Revolution—which is the greatest and most popular revolution of the new era—is the only revolution that has safeguarded the dignity and nobleness of its slogans and has now entered the 2nd phase of self-development, society-making and civilization-creating,” the Leader said.

Moreover, the Leader assured that the Revolution has faced bullies and defended the oppressed saying, “Since its inception, the Revolution hasn’t been merciless, or shed blood, nor has it been passive or hesitant. It has assertively and boldly stood up against bullies and defended the oppressed. This range of global and regional actions is a source of pride for Iran and Iranians.”

His Eminence said the United States' main challenge is Iran’s support for Palestine and its powerful presence in the region, saying “If the challenge then concerned exposing the spy den [US embassy] or closing down Zionist regime's embassy in Tehran; today it concerns Zionist regime’s borders, ending US intrusion in West Asia and Iran's support for Palestinian cause in occupied lands, Hezbollah and Resistance.”

Washington's problem is to prevent the transfer of advanced Iranian arms to resistance forces, the Leader said.

His Eminence said, “If on those days, the West's concern was to prevent Iran from purchasing basic weapons, today their concern is preventing the transfer of advanced Iranian weapons to the Resistance forces.”

Elsewhere in his statement, Imam Khamenei said the US sees itself in need of support by other countries to confront Iran politically.

The Leader explained, “And if then, US assumed it can defeat Islamic establishment and Iranian nation with a few Iranian sellouts or a few aircrafts, today they feel they need to a coalition of tens of hostile or daunted states to politically/militarily confront the Islamic Republic, and yet they fail.”

Imam Khamenei said dialog with United States will bear no fruit, adding that Iran considers US and some European states as deceitful and untrustworthy.