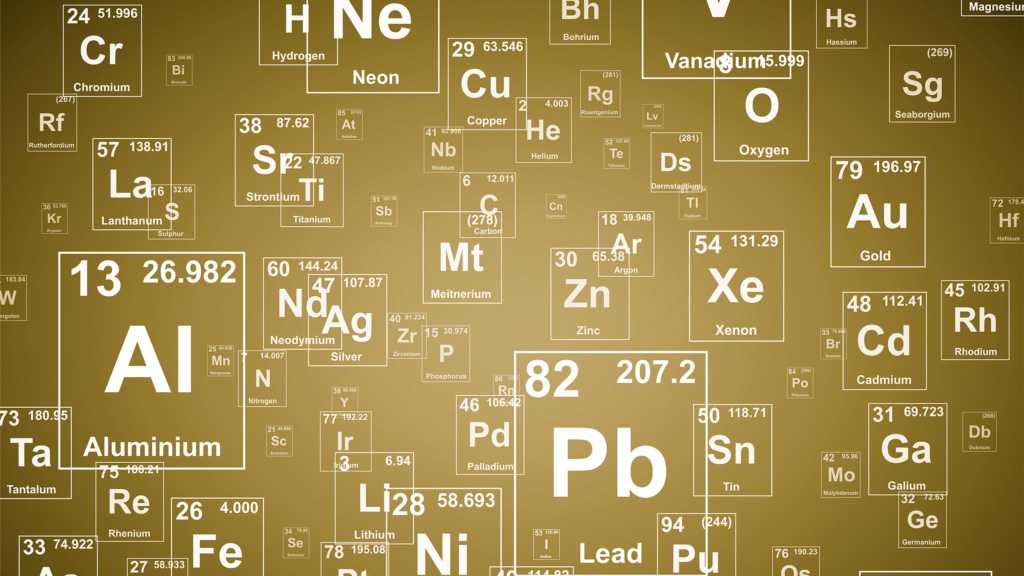 The United Nations considers the periodic table to be "one of the most significant scientific breakthroughs". Although it was invented in March, on 29 January an event was held in Paris marking the official start of the celebrations of the International Year of the Periodic Table.

Since it is of such global importance, the UN devoted 2019 to this landmark invention by Russian scientist Dmitri Mendeleev.

Professor Sir Martyn Poliakoff, a research professor in chemistry at the University of Nottingham, explained that the periodic table owes its popularity to the fact that it was not just a brilliant concept for arranging the elements by Mendeleev, but that it also allowed for a precise prediction of elements that had not even been discovered at the time it was created.

For example, Mendeleev predicted the existence of elements such as gallium and scandium, and then germanium, which were discovered soon after he introduced his table to the world.

Poliakoff also said that the Russian scientist's own persona also helped the popularity of the periodic table.

"Mendeleev was quite a good person for publicizing himself; and, of course, his appearance was much wilder than some of the other scientists that became very famous. He looked like Einstein before Einstein was born", he said.

Professor Mark Lorch, from the University of Hull in the UK, said that the table played such an essential role in the development of chemistry due to presenting a vast amount of chemical and physical information in an "amazingly elegant way". He compared it to "one simple infographic" capable of replacing "textbooks worth of information".

Javier García-Martínez, a professor of chemistry at the University of Alicante in Spain, called the periodic table "the simplest, most complete visual representation of what we know about what the universe is made of" and compared it to a roadmap capable of hinting to chemists how they can design experiments and what properties the resultant compounds will have.

He also praised Mendeleev for creating a powerful tool capable of predicting new elements prior to their discovery. The table was later filled with the discoveries of many chemists from all over the globe. García-Martínez added that the periodic table has become a cultural icon and one of the most recognisable images of science.

"Mendeleev was able to organize the elements that existed at his time, foresee where the new the elements should be placed, and predict their properties with unprecedented accuracy. And all of this, decades before the idea of atomic number was coined", García-Martínez said.

According to Martyn Poliakoff, the latest additions to the periodic table were made at a ceremony at the House of Science in Moscow, which took place in March 2017. Four new elements, number 113 nihonium, number 115 moscovium, number 117 tennessine, and number 118 oganesson — were added. The latter was named after the Russian scientist Yuri Oganessian, whom Poliakoff called an "absolute superhero of the periodic table".

Oganessian is a nuclear physicist and the world's leading researcher of super-heavy chemical elements. He is also the only person currently living after whom an element in the periodic table has been named. In the vast majority of other cases, elements have been named after people who had already died, Poliakoff added.

More elements are expected to be added in the near future. The British chemist noted that the Joint Institute for Nuclear Research in Dubna, Russia is wrapping up the construction of the so-called Superheavy Elements Factory — an accelerator that should make it much easier to detect new elements. Poliakoff predicted that elements number 119 and 120 might be discovered in the coming few years.

Mark Lorch thinks that the next new elements to be added to the periodic table could contribute to "battery technology", essentially allowing for a "breakthrough" in green technologies, making them more accessible to public.

He also noted that scientists are actively working on discovering new synthetic elements by bombarding existing elements with sub-atomic particles and hoping they fuse together, forming brand new elements. So far, most synthetic elements that have been discovered have been unstable, but scientists are striving to reach a so-called "the island of stability" — a predicted area of the periodic table that contains superheavy and stable elements.

Since the creation of the table, over 60 elements have been discovered or synthesized artificially, with element number 101 bearing the name of the renowned Russian chemist. Many of these elements and their properties were predicted by him long before their discovery.