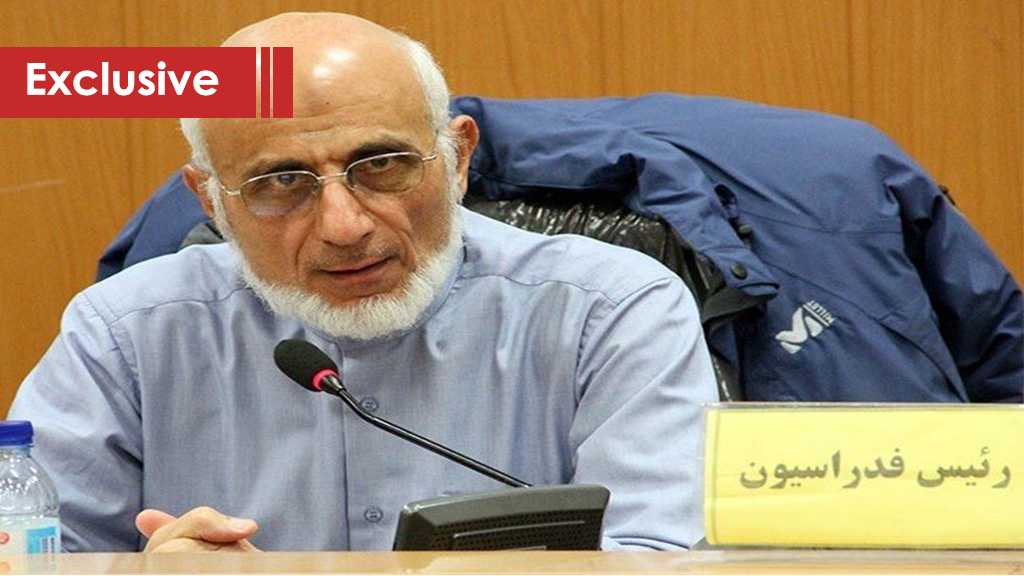 Tehran - Commemorating the 40th victory of the Islamic Revolution, al-Ahed news interviewed Vice-president of the Islamic Coalition Party Council Seyed Mostafa Mir-Salim, who was active during the revolution and had served as police chief following the revolution. He was proposed by then president Abulhassan Banisadr in July 1980 as a candidate for prime minister. He filled different posts during his career years and was also former minister of culture and guidance. Mir-Salim was also named as Islamic Coalition Party's nominee for Iranian presidential election, 2017 in December 2016. He launched his campaign in April 2017.

Mr. Mir-Salim told al-Ahed news “The Islamic revolution passed through several stages before arriving to its victory. We can say that the inception point came with the movement of Ayatollah Khomeini, especially in the year 1963 when he stood up to the oppressive Shah regime which led eventually to the events of 15 Khordad.”

The demonstrations of June 5, 1963, known as 15th of Khordad Uprising, were the public protest against the arrest of Ayatollah Ruhollah Khomeini after his strong remarks on Iran’s Shah, Mohammad Reza Pahlavi, 'Israel' and the United States. The protestors were harshly suppressed but the event marked the vitality and power of the opposition against Pahlavi dynasty and the support Iranian nation had for their religious and political figure, Ayatollah Khomeini, who 15 years later led the Islamic Revolution to establish the Islamic Republic of Iran.

“The uprising in 1963, during which many Iranians lost their lives, was one of the main events that culminated in the Islamic Revolution some 15 years later,” he noted.

The politician continued “Then, the period of intense repression and suppression of the struggle continued until 1974. During that year, the nature of dissension of the Mojahedin Khalq Organization MEK was revealed, and the fighters of the Islamic revolution eliminated themselves from the existence of these hypocrites. The Shah regime’s humiliation of the people and their beliefs and its neglect to their needs and principles prompted the people to continue their popular uprising.”

As Mir-Salim pointed out, the negligence of the regime and its offenses towards Imam Khomeini flared the sparks of anger across the different cities such as Qom, Tabriz, Yazd and other cities.

The party is a pivotal organization within Front of Followers of the Line of the Imam and the Leader and is considered a lay ally of the influential Combatant Clergy Association.

Asking him about what memories he holds from those days he said “I have bitter and sweet memories of that time. One of the shortest sweet memories that is still alive in my mind and heart is once when I was taking part in the rallies on the way to Azadi square. Suddenly, someone pats my shoulder from the back and says from behind “Sir, the speeches you gave were not futile, the revolution did triumph!” He was one of my committed students.”

As for progress and development that was realized since the days of the Islamic revolution, the vice-president says these are abundant. “However I will mention what I believe was one of those achievements of which we should be very appreciative. I believe that Iran’s capability to defend itself since the very beginning of the birth of the Islamic Republic of Iran is an important attainment that helped all Iranians achieve independence and liberty in face of arrogance and oppression. It also helped establish an independent and religious democratic system, thanks to the guidance of Imam Khomeini and help of God. We must be thankful to see Iran’s successful defense system which allowed Iran to stand in the face of aggression during the imposed war, and this has made the US very furious to an extent it has used different methods and means to prevent the Islamic Republic from being self-sufficient and ready to confront any attack.”