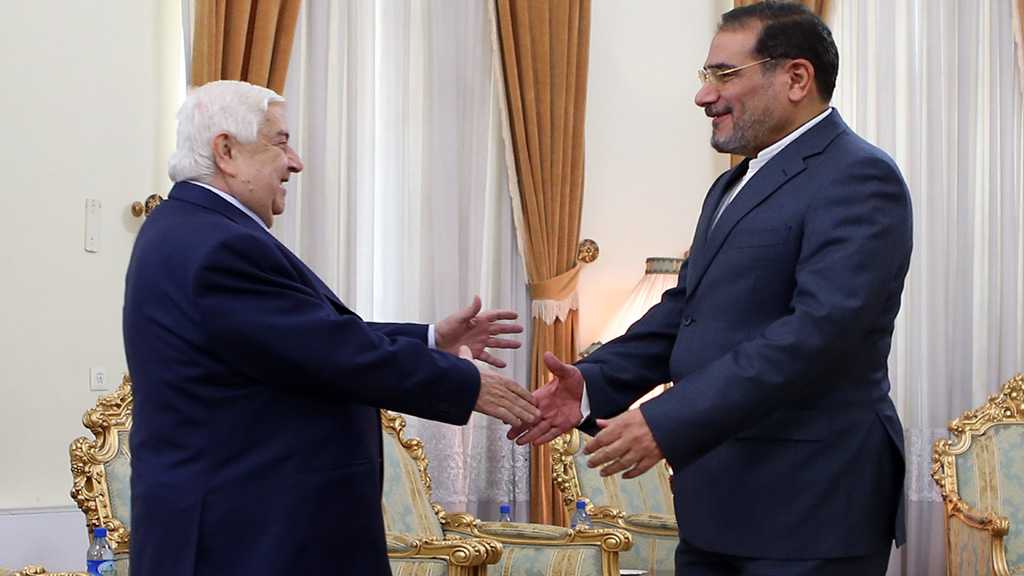 Secretary of Iran's Supreme National Security Council, Ali Shamkhani has stressed on what has been achieved through cooperation between Damascus and Tehran.

Secretary of the Supreme National Security Council Rear Admiral Ali Shamkhani said in a meeting with Syrian Foreign Minister Walid Moallem on Tuesday that Iran-Syria cooperation to combat Takfiri terrorism has led to undeniable achievements for the region and international security, and this process will continue until the end of the crisis in Syria.

According to Mehr news agency, Shamkhani also said that this cooperation will continue till the end of the security crisis in Syria.

Shamkhani added: "Restoring security to Syria is an important opportunity to improve the lives of Syrian people, and the Islamic Republic of Iran, which fully backed the Syrian government and nation during the fight against terrorism, will make every effort to help Syria during the reconstruction period."

The Syrian Foreign Minister Walid Moallem, for his part, presented a report on the latest economic developments, saying: "Pursuing a political path to resolve the crisis is very important and the Syrian government will hold talks with unarmed opposition groups, who are willing to maintain the territorial integrity of the country."

Syrian foreign minister also thanked Iran for advisory help in fighting terrorism, saying Iran has stood by Syria since the very beginning of the crisis in the fight against terrorism.