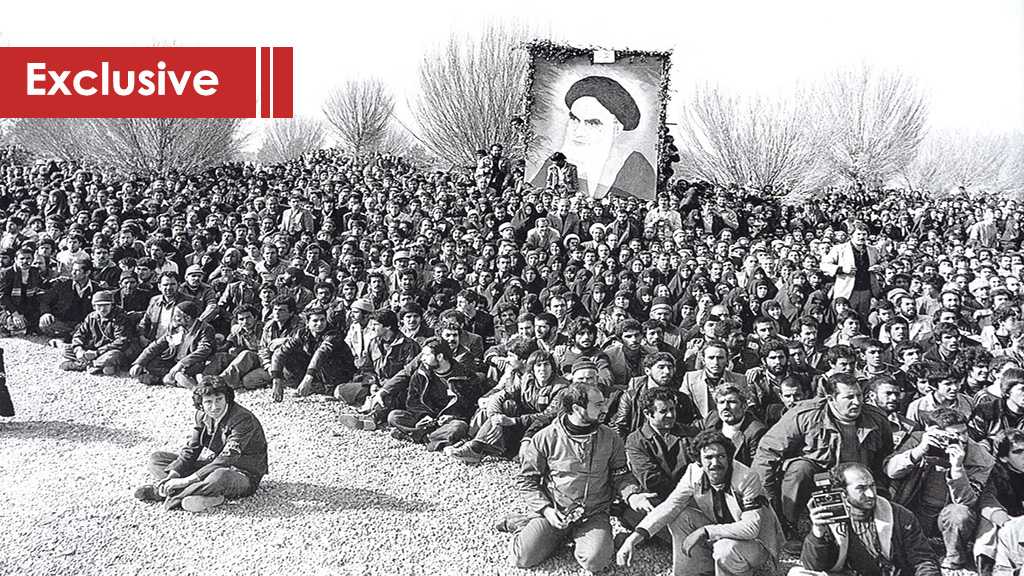 Iranian journalist Seyed Ismail Alawi Yakana is a revolutionary who lived through the days of the Islamic Revolution. Because of his participation in the struggle against the Shah's regime, he spent nearly three years in the SAVAK prisons.

He was also an activist during the revolution and educated a number of its men.

During the period of the sacred defense, he was present as a journalist and a fighter along the frontlines. He was responsible for reporting on the sacred defense for an Iranian newspaper during those days. Today, he still works in the same field, seeking to spread the values of the Islamic Revolution and the sacred defense among the new generation.

On the occasion of the 40th anniversary of the victory of the Islamic Revolution, Al-Ahed website met with Seyed Ismail Alawi to ask him about the days of struggle and victory. 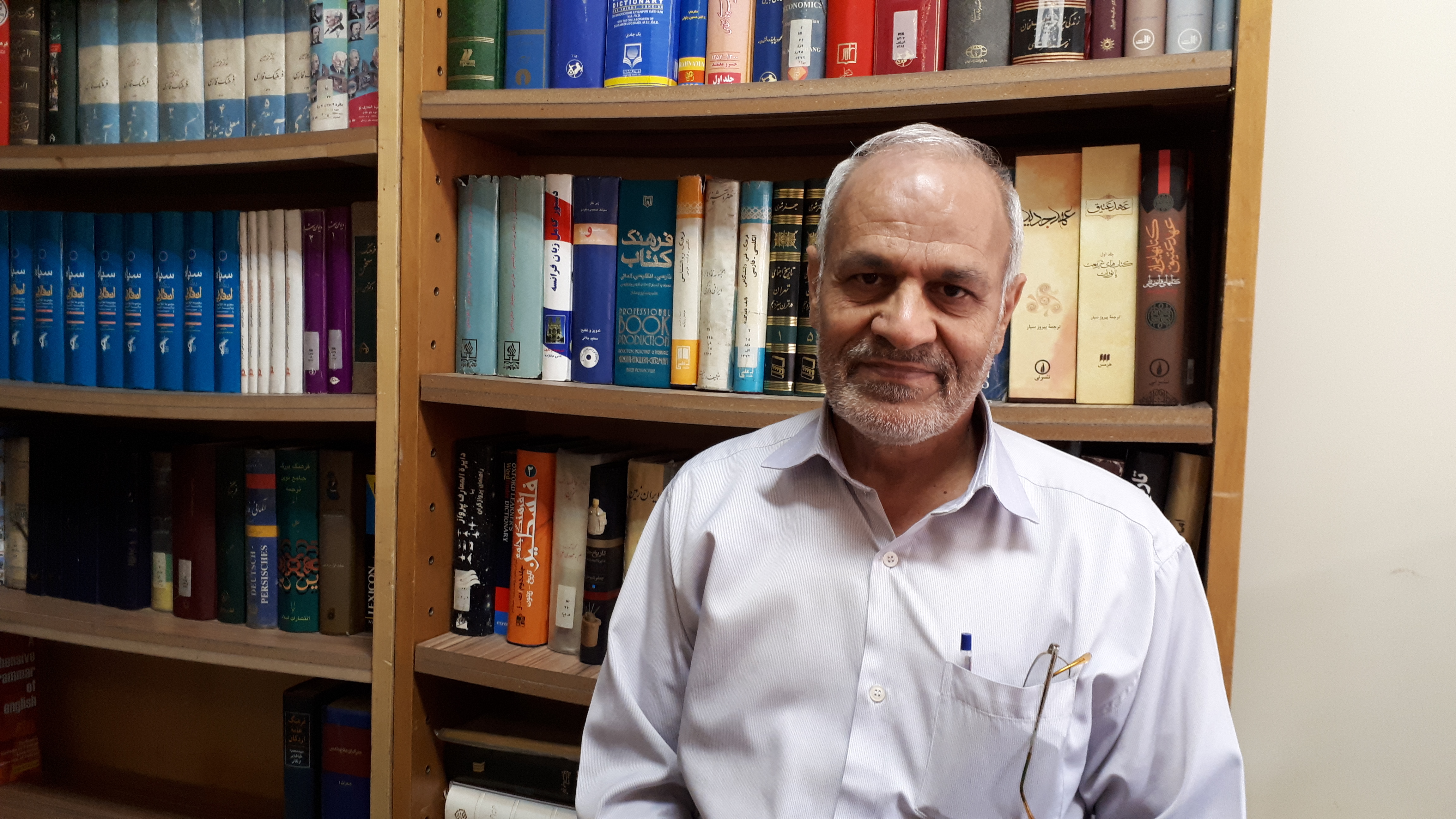 Q: How would you describe the Islamic Revolution, which you lived through?

A: I must talk about the start of this revolutionary movement and its peak. There are things that led the people to resent and oppose the former regime.

The incident involving the publication of an article that was offensive to Imam Khomeini in late 1977 in a regime-run newspaper was the spark that ignited this popular resentment and anger toward the Shah's regime.

It is true that Imam Khomeini’s uprising began in 1963, after which he was exiled. But the peak of the popular movement and the start of the final drive that eventually led to the overthrow of the tyrannical regime began after the publication of the offensive article. But before that, there was revolutionary activity by activists, which was suppressed by the Shah and his police system.

The demands of the religious revolutionaries represented the demands of all the Iranian people and even the rest of the elites and sects in society.

The former regime had such an experience. On June 4, 1963, when Imam Khomeini was arrested and the scholars were insulted, the next day they carried out a major uprising in Tehran and across various cities. The struggle was ongoing, but the regime was suppressing it.

Then, in the mid 1970s, the political struggle escalated in universities and mosques.

In late 1977, after the publication of that offensive article, the Shah's regime was surprised by the reaction of the people.

I remember even some of the revolutionaries believed that revolutionary action needed extensive work. But when the people rose up, everyone was surprised with the speed.  Some did not expect the people to overthrew the Shah that quickly.

Q: Why did the Islamic Revolution accelerate?

A: First, the Shah's regime did not pay attention to the demands of the people. But there is another important point which is the love for Imam Khomeini. The Iranian people loved Imam Khomeini. This was thanks to God Almighty.

Q: The Shah’s regime was dependent on America and the West. Even Carter, who visited Iran during the regime’s final last months, described the country as the island of stability. Why did the monarchy collapse?

A: The former regime was the front line, countering the influence of the former Soviet Union with the support of the West. During the Cold War, they considered Iran an important state for them. And the Westerners were supporting the Shah.

When the West wanted the help of its allied countries, including the countries in the NATO alliance, it was done through the Shah's regime since it was trusted by the West and was regarded as the region's policeman.

The Shah relied on this support and thought that in case of any popular movement he would be fully supported.

Q: In this context, we see that in the final days of the Shah's regime, Washington sent its special envoy, General Robert Huyzer. What was this man’s mission in Tehran?

A: America sent General Robert Huyzer to maintain the Shah’s regime and carry out a military coup as it did in the fifties. This is all documented, even in the memoirs of this American general.

Huyzer was tasked with supporting the Shah and maintaining his regime. Before that the American spies who used to work in the US Embassy in Tehran had prepared for him all the polls and statistics for him to carry out the mission.

But he saw that the armed forces were not prepared to carry out this mission and massacre the people, so his mission failed.

Many members of the armed forces, including Air Force officers, joined the people.

Q: But America came up with new plans to target the revolution.

A: Using several schemes, Washington wanted to deter the Islamic Revolution because the victory of the revolution had damaged the interests of Washington in the region.

This led to growing concerns by the Zionists and the Americans. Washington became concerned about the future and the fate of the Zionist entity.

I remember that in the first months of the revolution's victory there were rallies in which they were asked to go to Palestine to support the Palestinian people.

We saw the “Israeli” Embassy in Tehran transformed into the Palestinian Embassy in the first week of the Islamic Revolution.

Therefore, we saw that the Americans and the Zionists carried out many plans in the first months of the revolution's victory in order to limit the revolution to slogans and internal issues. Therefore, they activated the separatist movements such as the events in Kurdistan province in which Saddam's regime and other regional regimes played a large role. But these projects failed.

After the failure of this project and the revolutionary forces overcoming the internal problems, they came up with another plan, which is to impose Saddam’s war on Iran.

Q: Why did Imam Khomeini from the start of his uprising raise slogans greater than Iran, like supporting the Palestinian people against the Zionist enemy?

A: This is due to the cultural and religious nature of the Islamic Revolution. It was not only focused on internal issues or economic issues. This revolution had wide and comprehensive goals and visions. Imam Khomeini’s first speech during the sixties in the holy city of Qom and the beginning of the uprising is the most evident proof of this. He raised issues such as the Muslim awakening and confronting the colonial and Zionist schemes, etc.

Q: How did you enter the revolutionary work and why did the Shah's regime arrest you?

A: Religious circles were directly related to the revolution and the revolutionaries. When a person participates in the activities in the mosque, Hussainiya or places where the Holy Quran was taught, his sense of fighting the corrupt regime of the Shah strengthens since Islam and the Quran both stress the importance of standing up to the oppressor. We saw that the policies of the Shah's regime were contrary to the teachings and objectives of Islam.

When I started the revolutionary work I was 15 years old during which I experienced this atmosphere. I met the leaders of the revolution during those days, including Ayatollah Khamenei, martyr Ayatollah Beheshti and engineer Mahdi Bazarkan. We learned and were inspired by them. So, I entered the revolutionary work. We worked in the mosques and Hussainiyas, spreading the ideas of Imam Khomeini and distributing His Eminense’s statements and messages.

Then we founded a revolutionary student group. We were, then, arrested by the SAVAK and spent about three years in prison.

In prisons, revolutionaries were subjected to the most severe forms of torture. There were people in the SAVAK who specialized in the implementation of systematic torture.

In 1971, the Shah established a joint committee between the SAVAK and the police to counter sabotage as he claimed. The committee had a very scary prison that housed the revolutionaries who were arrested. They were also tortured.

I was detained for a while in that prison.

Q: What sort of relationship did the SAVAK have with the Mossad and the CIA in confronting the revolutionaries?

As you know, some of our revolutionaries used to go to Palestine and Lebanon for training. So the Mossad sent these people’s information to the SAVAK.

Q: Do you have some memories of the last days before the victory of the revolution and the day Imam Khomeini returned to the country?

A: I was one of the members of Imam Khomeini's reception committee. I was in the third circle to safeguard the security of the Imam. We were positioned in the Paradise of Zahra (PBUH) cemetery where Imam Khomeini was supposed to deliver a speech honoring the revolution’s martyrs. We were there for 10 nights and days. We had concerns of acts of vandalism that might be carried out by the regime during the Imam's reception ceremony.

And I remember one of the brothers, a Lebanese revolutionary. His name was Shaher. He trained our group, which was made up of 100 people, in order to maintain the security of the Paradise of Zahra (PBUH).

Imam Khomeini’s reception was historic. Millions of people lined up from Maharabad Airport to Freedom Square and Revolution Street until the Paradise of Zahra (PBUH). It was the final victory of the revolution. I still remember the happiness and joy on the faces of the people that day.