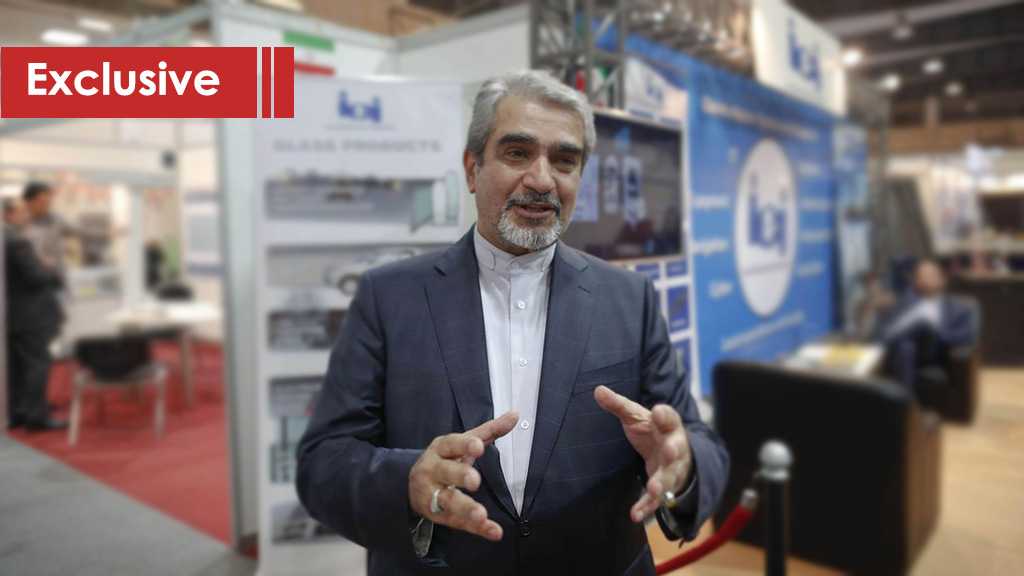 In an exclusive interview with the al-Ahed news website, Iran’s ambassador in Damascus Javad Turk-Abadi spoke about the strong Syrian-Iranian relations. He touched on the aspirations of both peoples as well as those of other nations in the region for the establishment of lasting peace through victories in Syria.

Turk-Abadi's statement to al-Ahed came on the sidelines of the technical meetings of the Syrian-Iranian High Joint Committee. The meetings preceded the signing of a strategic and long-term economic cooperation agreement between the two countries.

Yes, we expect these agreements to enhance the economic and bilateral relationship. Among these is one of the most important agreements which is the long-term and strategic economic cooperation that will be signed in the framework of the High Committee when First vice president of the Islamic Republic of Iran Dr. Eshaq Jahangiri arrives in Damascus. We expect the agreements to move the economic and bilateral relationship forward. But that does not mean that we have fallen behind. And it does not mean that we are going to move forward. We believe that our bilateral relationship is deeply rooted in the two countries. It even precedes the agreements that we are signing. I think that what is coming will be very promising. These agreements and the existing harmony between our countries are very important and good for both sides.

We think that bilateral relations in other areas, as you have pointed out, in addition to the political sphere, which are already very advanced, must make great strides forward. This is what we aspire for, and this is what is necessary at this stage. This is what we see. God willing, it will pave the way for a more lasting peace in this region. We see the first signs of peace in the victories that are achieved in Syria. God willing, it will be the beginning of a promising future in this dear country.

Yes, the hand of evil that has in the past imposed its hegemony and false wills on our two countries has been broken. This hand will not be able to impose on our great people what they do not wish or want or what is not deserving of them. We, as an axis of resistance, see this being fulfilled in the future, God willing. Our trust is in God. We do not fear a blockade or intimidations. Much of what they had said failed. Every disappointment was followed by another disappointed. They will remain disappointed over time, God willing. We will stick to the visions that we belong to and want for this region and for the entire world. We are heading towards good. These are divine messages. We do as God Almighty ordered us {[Allah praises] those who convey the messages of Allah and fear Him and do not fear anyone but Allah. And sufficient is Allah as Accountant.}. This holy verse points us toward the future we are waiting and heading towards, God willing.

All our visions proved to everyone around us, including our enemies that we do not consider material things or money as the source of power. If that were the case, then we would have boasted our wealth. But we did not do so. We believe that the word of truth is the lever, the support, the shield and the protector. Truth raises people and societies. The person who is calling for rights will not give up their higher position to fall to the bottom. People should live a life of dignity and prosperity. It is their right. The rulers should provide that life to their people, make life and its means easier. That is why we offer our assistance. When doing so, we do not differentiate between the Iranian people and the Syrian people. What we earn is not just for us. It is for everyone who cooperates with us. In return, we earn their friendship.