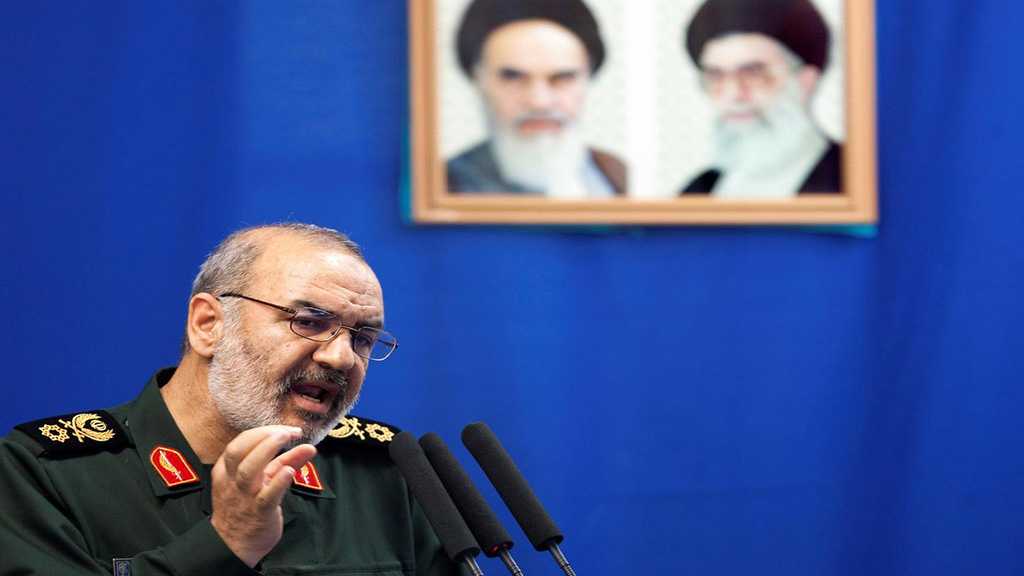 A senior commander of Iran's Islamic Revolution Guards Corps [IRGC] said the “Israeli” occupation regime will be eliminated and the entire occupied Palestinian territories will be retaken if it embarks on starting a new war.

The IRGC’s second-in-command, Brigadier General Hossein Salami’s remarks came as he spoke to reporters on the sidelines of the first national conference on the “defensive and security architecture of the Islamic Establishment” in Tehran on Monday.

“We announce that if ‘Israel’ takes any step to start a new war, without a doubt, this war would be the same war, which would end in its elimination and the occupied territories will be retaken,” Salami said.

During a public speech on January 21, Netanyahu said that ‘Israel’ was “acting against Iran and the Syrian forces” that were helping what he called “the Iranian aggression.”

Earlier on Monday, Salami said Iran is fighting against big world powers that have focused their full attention on defeating the Islamic Republic.

He emphasized that Iran must gradually erode the enemy's power, saying, "This is the first thing that can prepare the ground for [achieving] big victories under unequal conditions."

The commander emphasized that Iran had no "direct physical presence" in the region, "but there are major forces, which are present across the region, pursuing goals and adopting approaches similar to those of the Islamic Republic.

Salami added that the US has suffered unprecedented defeats despite huge political and military spending, emphasizing that it would face similar setbacks in the future.