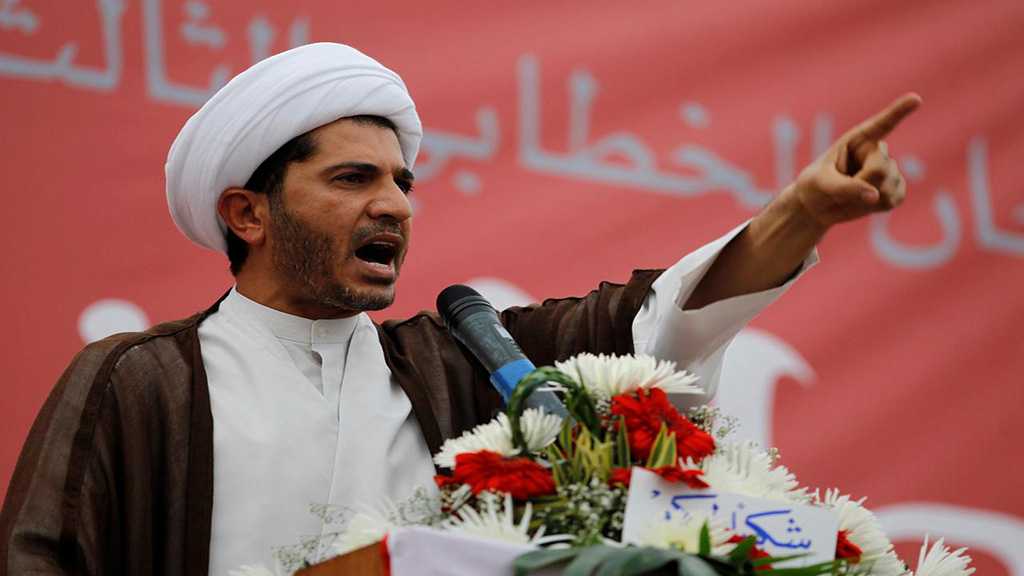 Wife of Bahrain’s opposition leader Sheikh Ali Salman commented on the life sentence issued against him by the Bahraini regime court under the alleged accusation of communicating with Qatar as saying: “the authorities, through this unjust ruling, closed all doors to solution and communication with the opposition.”

Ms. Aliya al-Radhi Salman, talking to U-News news agency, stressed that the sentence is aimed at “excluding the man of peace, moderation and reform from the political arena in Bahrain,” adding that “the authorities closed all doors in the face of the peaceful political action of the opposition by dissolving the opposition groups and keeping their leaders behind bars.”

The lady further called herself first, and then all the Bahraini families that have beloved ones behind bars to stay stable and patient because the dawn will soon rise and all chains will imminently be broken.

It was noteworthy that the lady refused to send a message to her husband inside his cell, stressing that he is the one who addresses the oppressed people. She also noted that the Bahraini people are fueled with strength, endurance and steadfastness by him until they restore all their rights.

She also reported that Sheikh Ali Salman is in good health condition and enjoys high morale, adding that he expects setting the execution sentence given the circumstance in the country amid the absence of any hint to a political solution for the crisis.

“Every time we visit him we find him stronger and more determined to continue this path until its end,” Ms. Salman noted.

The head of al-Wefaq National Islamic Association was convicted in November of "communicating with Qatari officials... to overthrow constitutional order", a ruling rights groups have called a travesty.