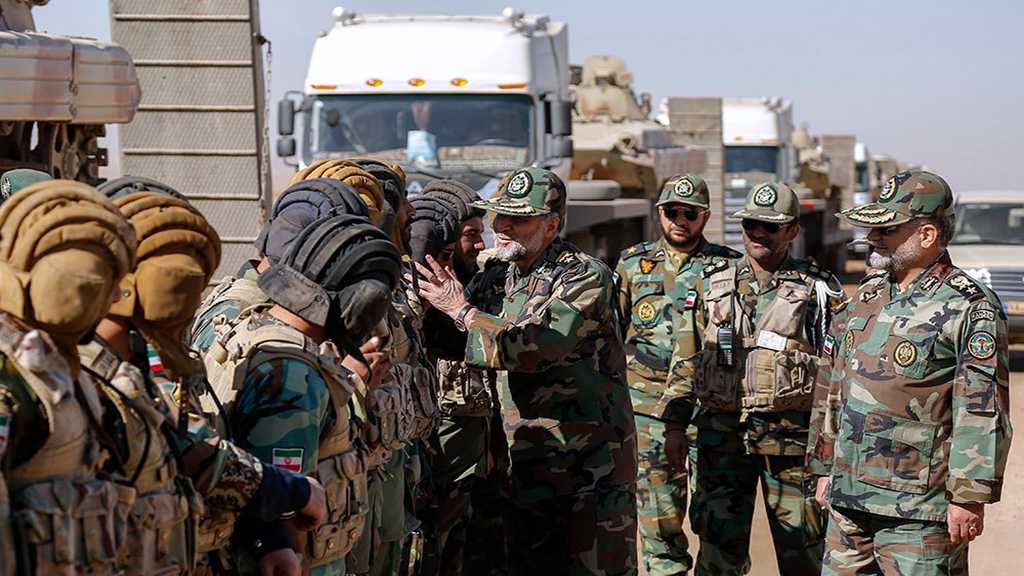 During operations, the Ground Force’s fixed and mobile artillery units will practice hitting the enemy’s positions with smart and precise shells with a range of 10 to 30 kilometers.

The mechanized infantry and armored units will also launch an assault on the hypothetical enemy’s positions.

A spokesman for the war game said the Ground Force Airborne Unit’s combat helicopters will also fly over the operation zone to cover the armored units on the ground and open heavy fire on hostile targets.

The main purpose of the war game is to evaluate the recent changes in the structure of the Army Ground Force and focus on modern offense tactics.

Troops from the artillery, armored unit, rapid-reaction forces, mechanized infantry, combat engineering, telecommunication and electronic warfare, and airborne unit have been arrayed in the operation zone with the support of the Air Force fighter jets.

During the first stage of the exercise on Friday, the airborne unit’s drones and choppers carried out a reconnaissance mission before troops from the 55th Airborne Brigade and the 25th Rapid Reaction Brigade parachuted into the target zone from CH-47 Chinook and Bell 214 helicopters.

In the Friday’s operations, the Airborne Unit also flew two Mohajer-2 pilotless aircraft over the war game zone to detect the hypothetical Takfiri enemy’s forces, take aerial images from inaccessible areas, and specify the number of hostile forces and their equipment.

In another mission, commandos from the Army Ground Force Special Forces, known as the 65th Brigade, parachuted into the zone to repel a Takfiri attack and capture the terrorist groups’ ringleaders.