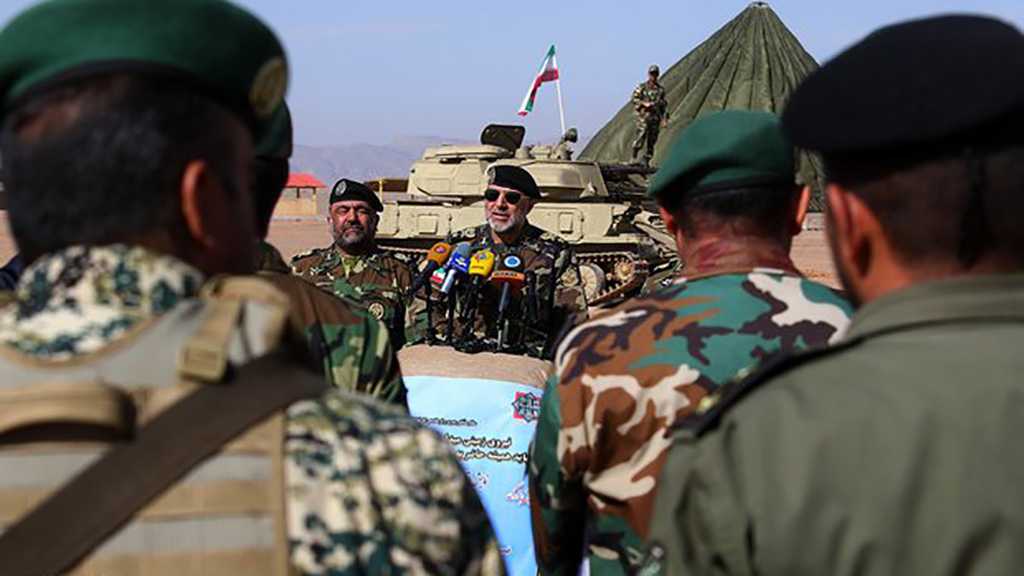 The Iranian Army’s Ground Forces kicked off massive military maneuver in the central province of Isfahan.

The maneuver is aimed at assessing new structural changes to the Army's Ground Forces with over 12,000 forces participating to exercise state-of-the-art offensive tactics.

Demonstrating quick mobilization of forces as well as providing airborne support to helicopters throughout the maneuver are among the major goals of 'Eghtedar 97' drills.

As another part of the drills, the UAV units of the Army Ground Forces flew two Mohajer [Migrant] drones over the area to carry out their reconnaissance missions and to send images of bottlenecks and impassable regions back to the bases and the control centers.

Stealth Mohajer drones which are manufactured by Self-sufficiency Jihad Organization of the Iranian Army Ground Forces are made of composite and are capable of carrying out missions in all weathers.

In recent years, Iran has made major breakthroughs in defense sector and attained self-sufficiency in producing important military equipment and hardware.