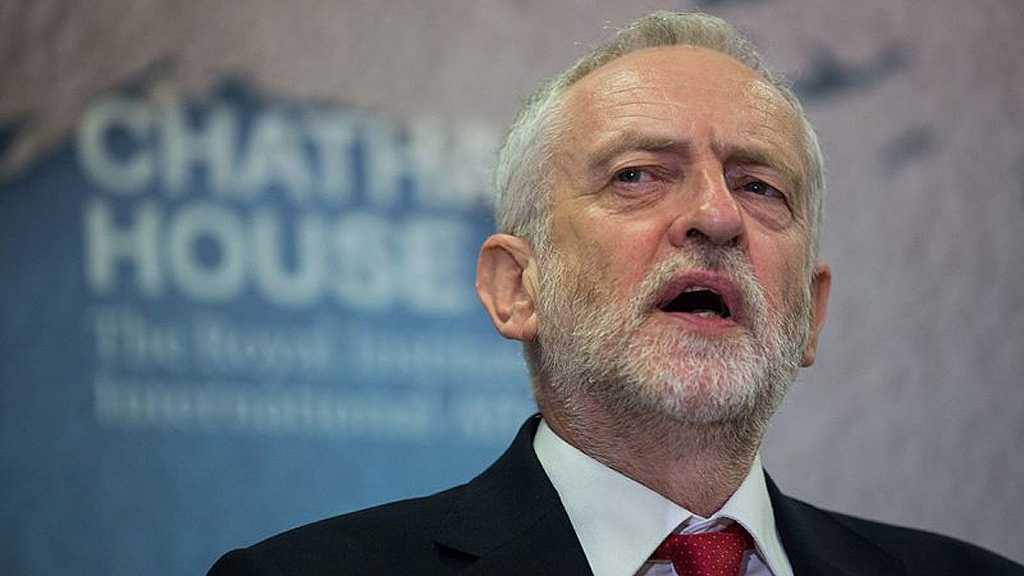 British Prime Minister Theresa May lambasted Labor leader for his talks with Hamas and Hezbollah resistance movements, while he insists he 'reached out' to her last year and accuses her of showing 'no flexibility.'

“He has been willing to sit down with Hamas, Hezbollah and the IRA [Irish Republican Army] without preconditions, but he will not meet with me to talk about Brexit,” May said during a discussion in the House of Commons.

Corbyn, the head of the opposition in the British Parliament, said he had "reached out" to May in September to discuss Labor’s plans with her, but "It appears that, while the door to her office may well be open, the minds inside it are completely closed. She has shown no flexibility whatsoever on taking no-deal off the table."

Throughout the crisis over Britain's departure from the European Union—also known as Brexit—Corbyn refused to meet with May until she commits to not withdrawing Britain from the EU without a deal.