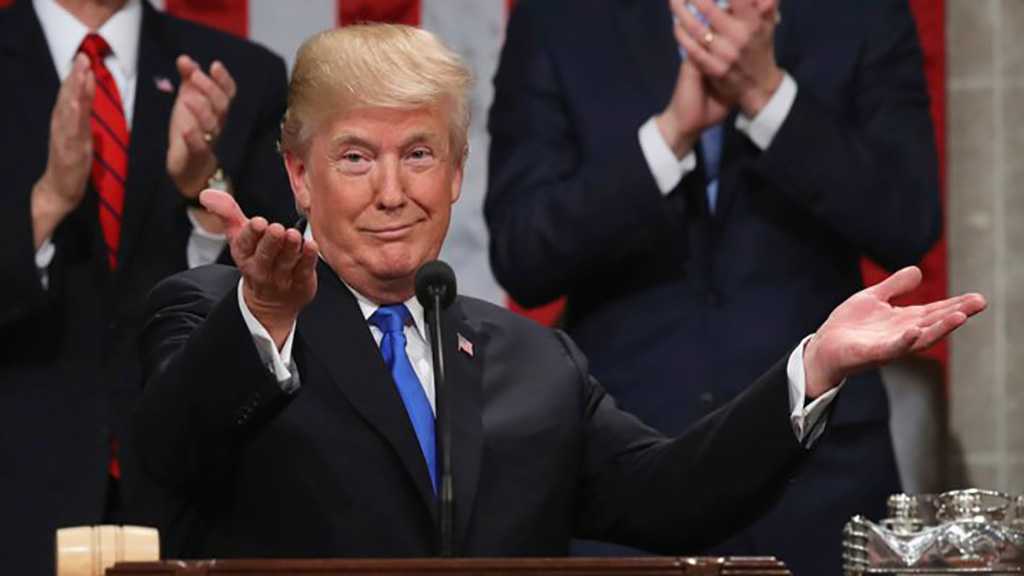 US President Donald Trump said in a late night Tweet on Wednesday that he would delay a State of the Union address until the government shutdown was over, responding to House Speaker Nancy Pelosi’s move to obstruct his plans for the speech.

Earlier on Wednesday, Trump was planning on pushing forward and delivering the speech to a joint session of Congress.

Also on Wednesday, Democratic leaders in the House of Representatives floated the idea of ending the partial government shutdown by giving Trump most or all of the money he seeks for security along the Mexican border but for items other than the wall he wants.

As a shutdown that has left 800,000 federal workers without pay hit its 33rd day, Pelosi effectively disinvited Trump from delivering the annual State of the Union address in the House chamber until the government is fully opened.

“This is her prerogative - I will do the Address when the Shutdown is over. I am not looking for an alternative venue for the SOTU Address because there is no venue that can compete with the history, tradition and importance of the House Chamber,” the president said in the tweet.

“I look forward to giving a “great” State of the Union Address in the near future!”

Other leaders in the Democratic-controlled House said they were drafting a funding offer they will likely make to Trump in a letter.

Trump triggered the shutdown last month by demanding money for the wall, opposed by Democrats, as part of any legislation to fund about a quarter of the government.