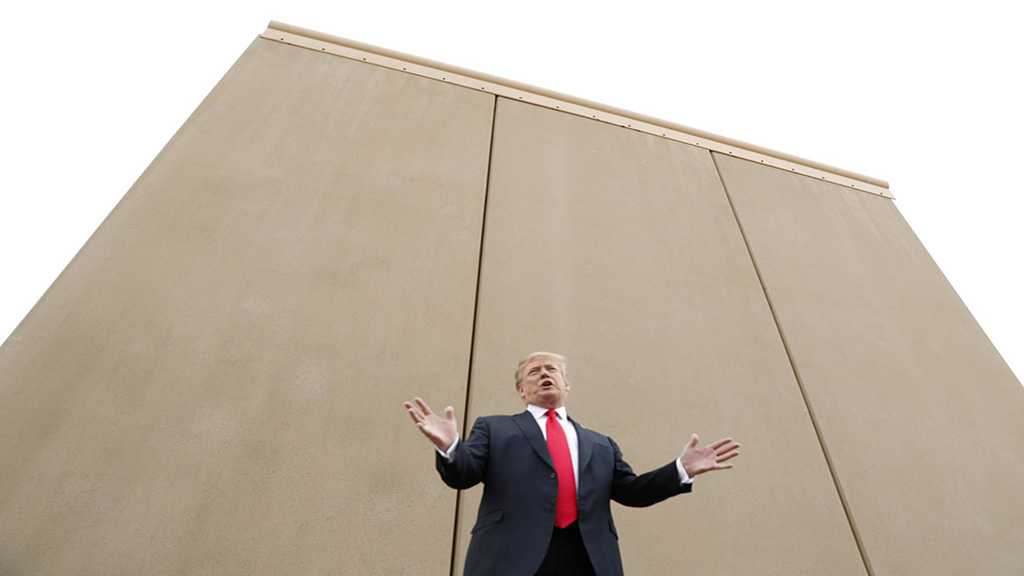 US President Donald Trump said he will stand by his demand for a wall along the southern border and will not “cave” in to pressure from Democrats to reopen the government that has been shut down for over a month.

On Tuesday, leaders in the Senate announced that they had struck an agreement to hold two votes on January 24 in order to end the shutdown stalemate on Capitol Hill.

The first vote will be on Trump's proposals to reopen the federal government and the providing of the $5.7 billion in funding that he wants for the border wall. The second vote will be on extending legal protections to some immigrants for a span of three years.

Trump said on Twitter Tuesday that he would not end the shutdown unless the funding for the wall along the US-Mexican border is approved.

He also blamed the Democrats for the shutdown, accusing them of playing “politics."

Meanwhile, Senate Majority leader Mitch McConnell expressed hope that the Thursday vote on legislation to fund the wall would reopen shuttered parts of the government.

"The opportunity to end all this is staring us right in the face. That's why we'll vote on this legislation on the Senate floor this week. All that needs to happen is for our Democratic colleagues to agree that it's time to put the country ahead of politics, take yes for an answer and vote to put this standoff behind us."

McConnell, however, denounced as "bold, comprehensive offer" the recent proposal outlined by the US president.

In a televised speech on Saturday, Trump called on lawmakers to approve the funding for the wall in exchange for temporary protections for young undocumented immigrants brought to the US as children -- known as Dreamers -- and individuals from some Central American and African nations.