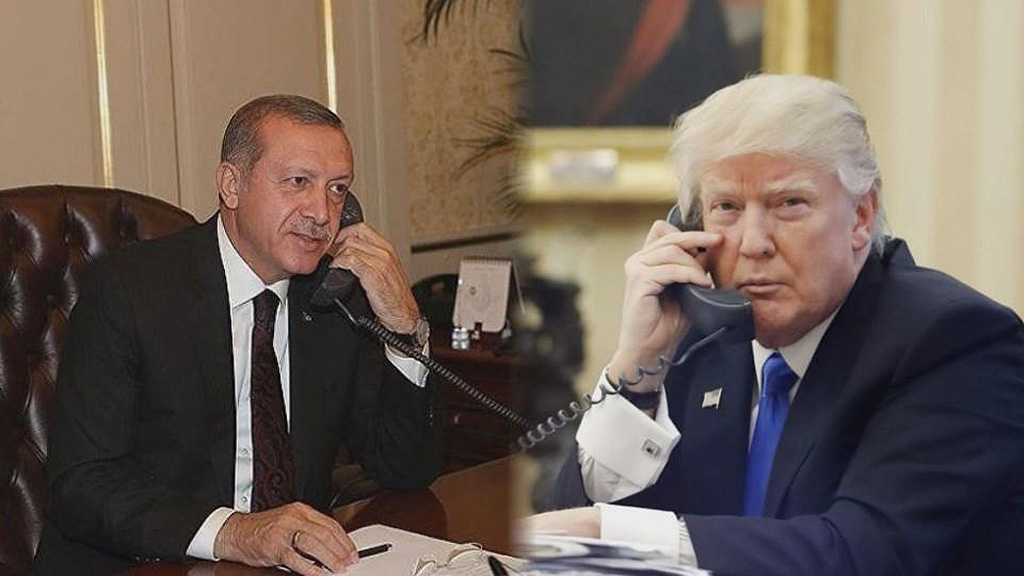 Turkey is ready to take over ensuring the security of Manbij in northern Syria in order "not to lose time," President Recep Tayyip Erdogan said in a phone call with US counterpart Donald Trump.

Manbij had been hit on Wednesday by an attack claimed by the Wahhabi Daesh [Arabic acronym for “ISIS” / “ISIL”] which killed 19 people, including four Americans.

In their second phone conversation in less than a week, Erdogan told Trump that this attack was a "provocation" aiming to impact the decision to withdraw US troops from Syria, the state news agency Anadolu reported.

Turkey has been threatening for months to launch an offensive in Manbij to drive out US-backed Kurdish People's Protection Units (YPG) troops.

Ankara considers the YPG a "terrorist organization" and doesn't want to see installed along its border, an embryonic Kurdish state which might reinforce the PKK separatists inside Turkey.

To lower tensions, Turkey and the US last May agreed a road map including the withdrawal of the YPG from Manbij and installing joint Turkish-American patrols, which began in November.

The two NATO allies are also looking to create a "security zone" aiming to separate the territories held by the YPG from the Turkish border.

The Sunday call did not precipitate any immediate change in US policy, with both leaders committing only to "continue to pursue a negotiated solution for northeast Syria that achieves our respective security concerns," a laconic statement by the White House read.

The Syria pullout has become a complicated political issue for Donald Trump, who is also fighting a drawn out government shutdown.

Trump reportedly decided to pull out of Syria over a phone call with the Turkish leader, with many, including in his administration, doubting the impulsive decision.

War Secretary Jim Mattis was only one of those high-ranking officials who resigned in protest at the policy.

"I would hope that President Trump would slow the withdrawal until we truly destroy ‘ISIS’," he told a press conference in the Turkish capital.

He warned any hasty pullout could lead to a "nightmare" scenario for “Israel” because of increasing Iranian influence in the war-torn country and for Turkey because of its national security concerns.