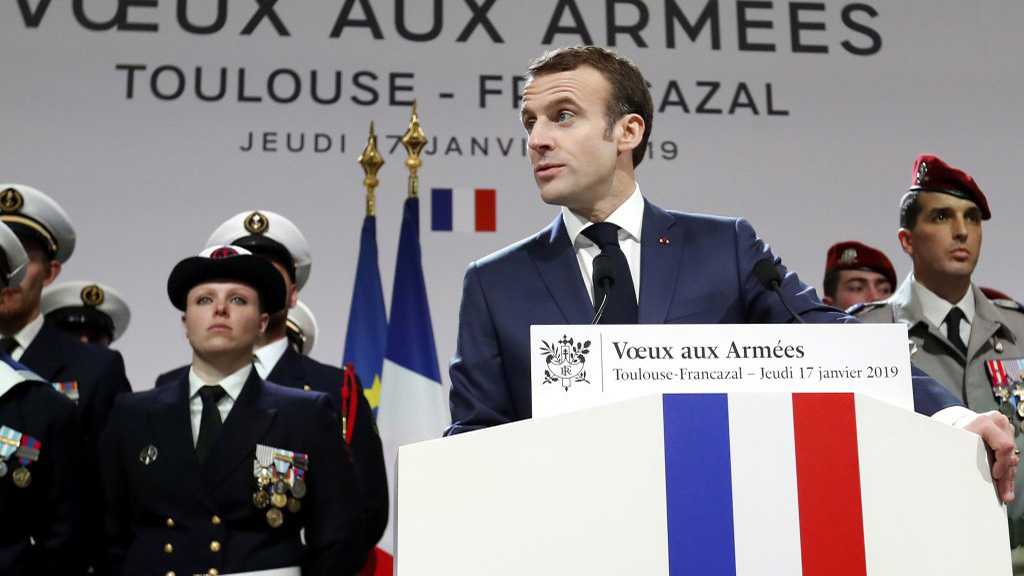 French President Emmanuel Macron said his country will remain "militarily engaged" in the Middle East through 2019 despite the announced US withdrawal from the coalition fighting Daesh [the Arabic acronym for terrorist ‘ISIS/ISIL’ group] in Syria.

"The retreat from Syria announced by our American friend cannot make us deviate from our strategic objective: eradicating Daesh," Macron said in a speech at an army base in southern France.

The French military deployed 1,200 soldiers as part of the anti-Daesh efforts, via air operations, artillery, Special Forces in Syria and training for the Iraqi army.

"The fight is not over," Macron said, adding that in the coming months "we shall revise our global military deployment" but "we shall remain committed to participating in stabilization" in the Middle East region.

"Any rush to withdraw would be a mistake," he added.

Macron earlier criticized US President Donald Trump for saying in late December that he would soon start to withdraw the 2,000 US soldiers deployed in Syria.