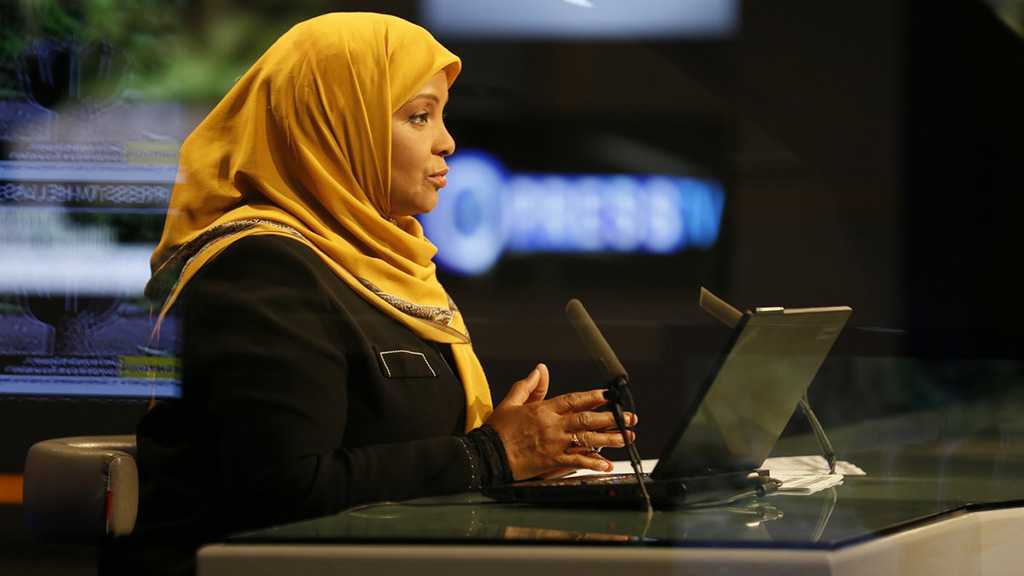 Iran Foreign Minister Mohammad Javad Zarif condemned as a "political game" the US arrest and imprisonment of Press TV anchor Marzieh Hashemi, urging American authorities to release her right away.

Hashemi, a US citizen born as Melanie Franklin, was detained upon arrival at St. Louis Lambert International Airport in St. Louis, Missouri, on Sunday, but wasn't allowed to contact her family until late Tuesday.

"Ms. Marzieh Hashemi is the wife of an Iranian person and is therefore an Iranian citizen and we see it as our duty to defend the rights of our citizens," Zarif said in an interview with Iranian Arabic network Al Alam on Wednesday.

"The move by the US to arrest her is an unacceptable political move and a violation of freedom of speech," he argued. "On that basis, the Americans should immediately end this political game."

A Muslim convert who has been living in Iran for years, Hashemi had traveled to the US to visit her ill brother and other family members.

She told her daughter that she was handcuffed and shackled and was being treated like a criminal.

The journalist also said that she had her hijab forcibly removed, and was photographed without her headscarf upon arrival at the prison.