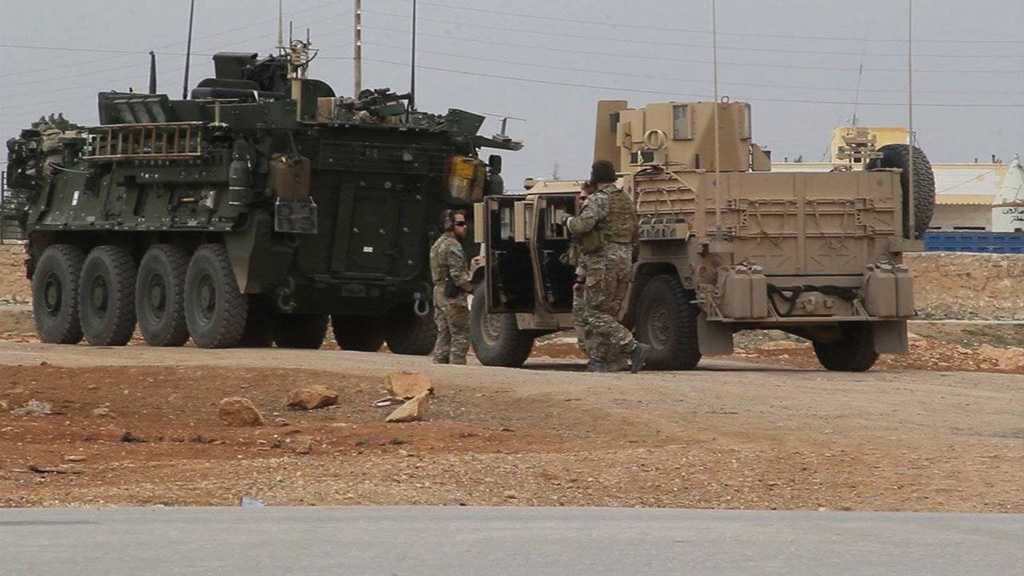 A number of US soldiers were killed in an explosion while conducting a patrol in Syria Wednesday, the US military said.

The incident comes less than a month after US President Donald Trump announced his intention to withdraw troops from Syria.

Daesh [Arabic Acronym for the terrorist “ISIS”/”ISIL” group] claimed responsibility for the morning attack, which local groups said killed 16 people in the US-patrolled town of Manbij.

A US official who declined to be identified told Reuters that four US troops had been killed and three wounded in the suicide attack.

The claim calls into question Trump’s claim that Daesh has been defeated in Syria - his stated reason for pulling 2,000 American troops out of the country. “We have defeated ISIS in Syria, my only reason for being there during the Trump Presidency,” Trump tweeted in December in announcing his intention to bring back U.S. troops “NOW.”

Vice President Mike Pence repeated the claim Wednesday, saying the Daesh “caliphate has crumbled” and the militant network “has been defeated.”

He later said that both he and the president condemned the attack.

Video released by local activists and news agencies showed a restaurant that suffered extensive damage and a street covered with debris and blood. Several cars were also damaged. Another video showed a helicopter flying over the area.

A security camera showed a busy street, and then a ball of fire engulfing people and others running for cover as the blast went off.

Trump’s shifting timetable for pulling troops out of Syria, a country he described as “sand and death,” has left allies and other players in the region confused and jockeying for influence over a withdrawal strategy that appeared to be a work in progress.

It also led to the resignation of War Secretary Jim Mattis.

Since then, US officials and Trump himself have suggested the withdrawal would be slower than initially believed.

White House national security adviser John Bolton said two conditions would have to be met, including the protection of America’s local Kurdish allies in northern Syria, and the total defeat of Daesh.

The US military released a statement on Twitter that said: “U Sservice members were killed during an explosion while conducting a routine patrol in Syria today. We are still gathering information and will share additional details at a later time.”