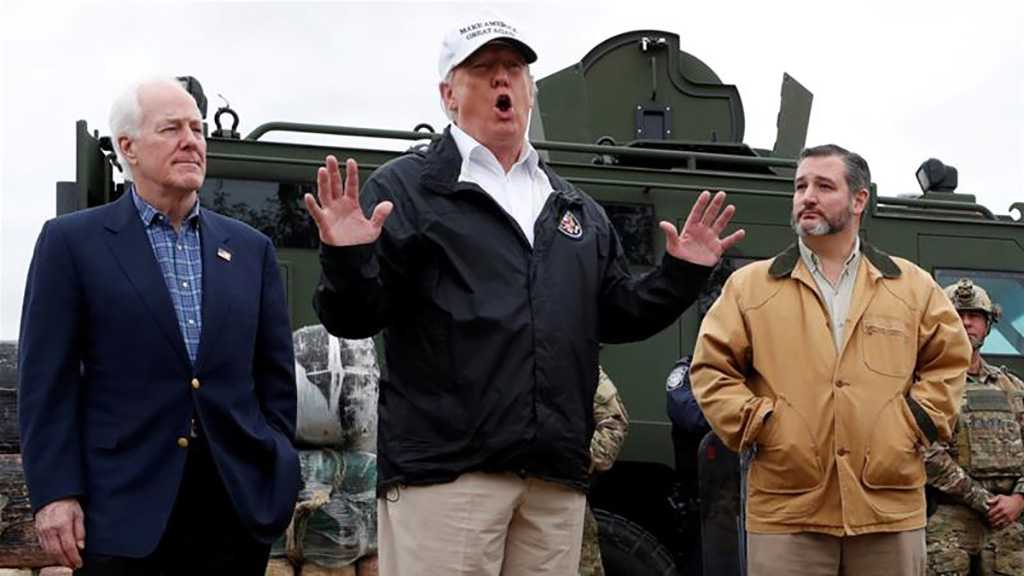 US President Donald Trump threatened again to declare a national emergency to fund a border wall without Congress's approval.

"I have the absolute right to declare a national emergency," he told reporters.

The White House denied reports it is looking at diverting funds set aside for reconstruction projects.

A political row over funding the wall has left the US government partially shut down for 20 days, leaving about 800,000 federal employees without pay.

Trump refused to sign legislation to fund and reopen the government if it does not include $5.7bn for a physical barrier along the US-Mexico border.

But budget talks have come to a standstill as Democrats - who control the House of Representatives - refuse to give him the money.

Republican leaders insist the party stands behind the president, although some Republican lawmakers have spoken out in favor of ending the shutdown.

On Thursday, Trump visited a border patrol station in McAllen, in the Rio Grande Valley of Texas where he said that if Congress did not approve funding for the wall, he would "probably... I would almost say definitely" declare a national emergency to bypass lawmakers.

But such a move is likely to face legal challenges.

The money would also have to come from funds allocated by Congress for other purposes - which some Republicans would also oppose.