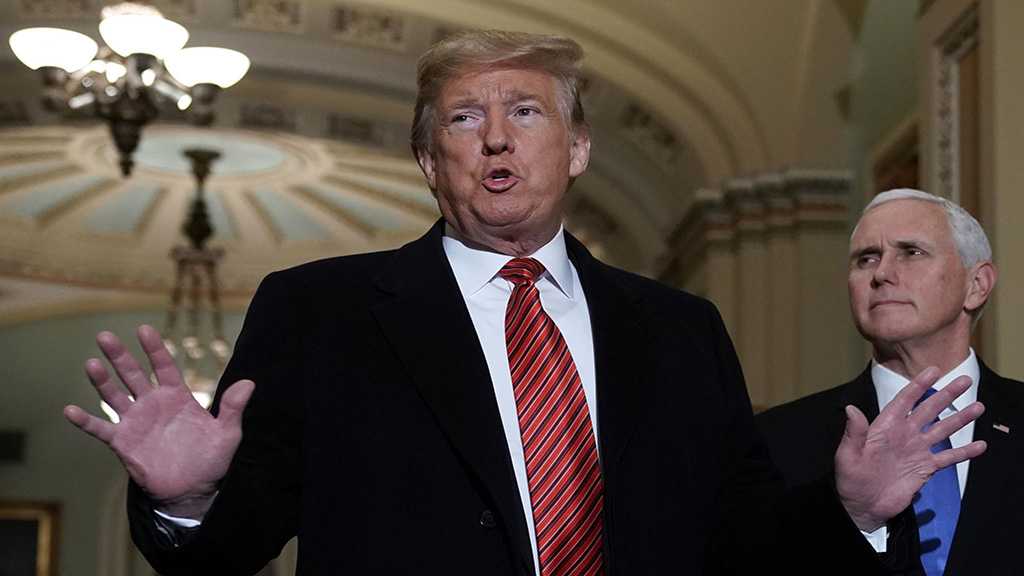 US President Donald Trump stormed out of talks with Democratic congressional leaders on Wednesday over funding for a border wall with Mexico and reopening the government, complaining the meeting at the White House was “a total waste of time.”

On the 19th day of a partial government shutdown caused by the dispute over the wall, a short meeting that included Trump, House of Representatives Speaker Nancy Pelosi and Senate Democratic leader Chuck Schumer ended in acrimony with no sign of a resolution.

“Just left a meeting with Chuck and Nancy, a total waste of time,” Trump wrote on Twitter. “I asked what is going to happen in 30 days if I quickly open things up, are you going to approve Border Security which includes a Wall or Steel Barrier?” Trump wrote. “Nancy said, NO. I said bye-bye, nothing else works!”

Meanwhile, exasperated Democrats called Trump’s behavior a “temper tantrum” and said the meeting broke down when they refused to commit to funding his proposed southern border wall.

Trump’s desire for a wall between the United States and Mexico was a central theme of his 2016 presidential campaign.

“It was a petulant president of the United States,” Pelosi told reporters when she returned to the Capitol. “A person who would say: ‘I’ll keep government shut down for weeks, months or years unless I get my way.’ That’s just not the way democracy works, and so it’s very sad.”

Schumer said Trump had had “a temper tantrum.” The lawmaker told reporters: “That is sad and unfortunate. We want to come to an agreement. We believe in border security. We have different views.”

The breakdown in talks could strengthen the possibility that Trump will declare a national emergency to build a wall on the southern border if no deal with Congress can be reached on his request for $5.7 billion for the project.