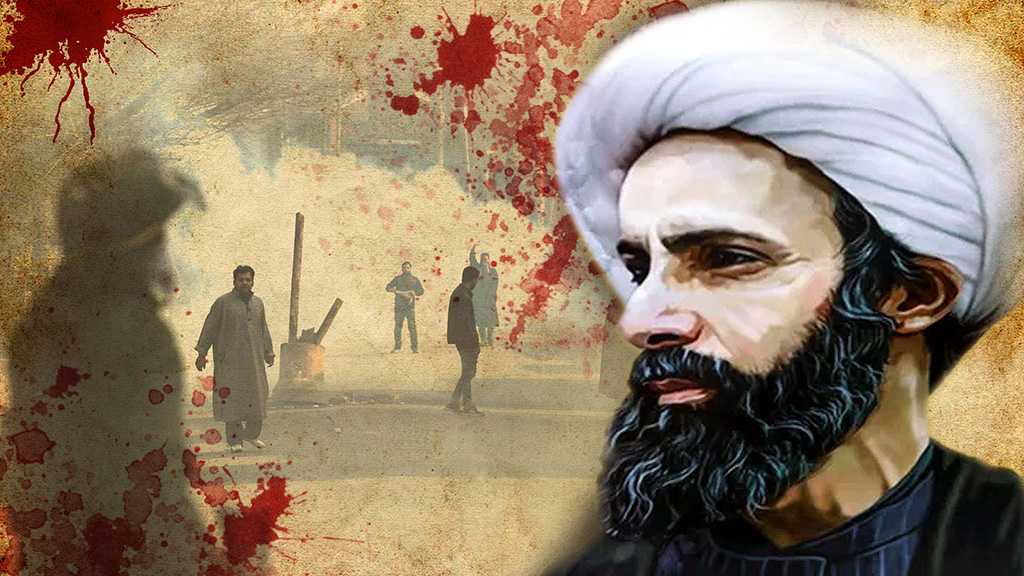 “Either we live on this land as free men, or die and be buried in it as pious men. We have no other choice.” - Sheikh Nimr Baqir al-Nimr

On 2nd January, 2016, the Western-backed Saudi regime beheaded the leading activist for freedom, justice and respect for Human Rights. Sheikh Nimr Baqir al-Nimr stood for equality, justice, & freedom, was executed in Saudi Arabia for speaking out against oppression, injustice, and terrorism. Sheikh al-Nimr never called for armed struggle. He was peaceful and a strong advocate of peaceful Resistance against the gross injustice that pervade his country.

Freedom in all form and guise is alien in Saudi Arabia. The regime is oppressive, tyrannical and ruthless. To oppose them is to sign a dead warrant. Peaceful protesters are sentenced to death by crucifixion. A murderous and barbaric regime backed by Western imperialism and Global Zionism. Today there are more than 30,000 political prisoners in Saudi dungeons yet the West is silent. The West that fraudulently claimed to be the flag bearer of freedom and democracy has never spoke about freedom and democracy in Saudi Arabia.

US President Trump recently boasted that Saudi Arabia is a rich milking cow to them. The entire Saudi oil industry is under the control of the West. They give what they like to their Saudi puppets. The Saudi Wahhabi regime is also a supplier of murderous Wahhabi terrorists to the West. Whenever Western imperialism want murderous terrorists to slaughter the innocent, rape women and girls and destroy cities and towns, the Saudi Wahhabi regime provides them. The murderous terrorists do not kill in the name of the West, No, they slaughter the innocent in the name of Islam while screaming "Allahu Akbar!".  The Islamophobia industry of the West will now turn around and accuse Islam and Muslims of the heinous crimes and atrocities of these bloodthirsty Wahhabi barbarians.

The Saudi regime murdered Sheikh al-Nimr using the Judiciary, the same format their agents in Nigeria want to use to murder the leader of the Islamic Movement in Nigeria, Sheikh Ibraheem Zakzaky. They brutally slaughtered more than one thousand of his followers in less than 72 hours in Zaria and wickedly dumped their dead bodies in mass graves at night. Three biological sons of Sheikh Zakzaky were among the victims of this brutal and inhuman genocide. Then these wicked mass murderers (Buhari, Elrufai, Buratai and gang) are today fraudulently charging Sheikh Zakzaky and his injured wife with murder!

On a Final note, no oppression continue forever. All oppression no matter how brutal have a termination date. The evilness of the #AlSaud barbarians will end one day and the lands of Hijaz and Najd will be free.

To the Great Martyr,

Rest in Heaven with the beloved of God!