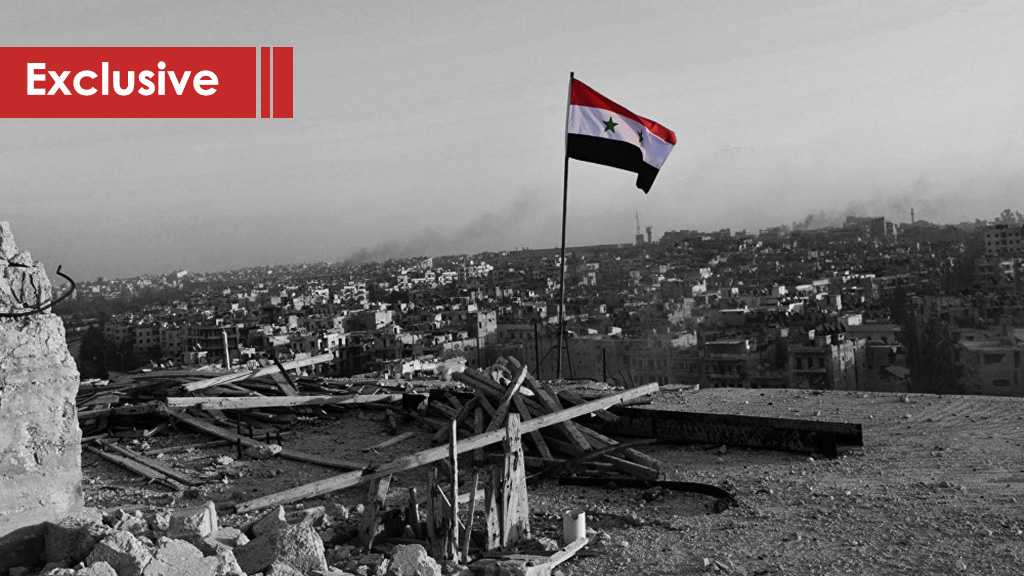 In just a few hours, the year will end. And, what an ending it is!

The country that stood by the Islamic Republic when the whole world supported Saddam Hussien in his vicious military campaign realized, then, that international pressure, no matter how fierce, should not divert it from righteousness. The same country stood by the Lebanese Resistance and turned a deaf ear to offers promising endless riches and geopolitical gains because Lebanon was fighting not just for its own survival, but for the honor of Arabs. This same Syria made sure that its moral compass always pointed towards Palestine. Administration after administration of US Zionist puppets have tried every possible Machiavellian approach to get the Syrians to abandon the Palestinians’ rights. Sometimes by means of threats and sometimes by offering a dominant regional role; nevertheless, the Syrian compass’s true north never pointed anywhere but towards al-Quds.

The events unraveling towards the end of 2018 have proved, once again, how a country, with its people and leadership, that refuses to give in does not only win, but also causes its enemies to collide with each other. This wise policy of patience and treating those who erred unknowingly as a father would treat a beloved son who went astray has caused the Americans to lose all hope in realizing a victory and with the wiser Kurdish leaderships seeing this, the Neo-Ottoman ambitions are also hitting a dead-end. The French launched political bombs on the Americans and the Americans, themselves, are too busy having an internal political fallout to respond properly to the French.

The dramatic act of fake unity that was put up by a few Arab regimes among themselves against Syria has also begun to crumble away with each of the conspiring parties speeding to reconcile with a country they tried to break down not so long ago. There is a race for who makes the first state visit and who re-opens the first diplomatic mission and then who is the first to acquire an approval from the Syrian civil aviation authorities to operate a schedule to Damascus International Airport. They have even started Twitter fights on the ministerial level.

Syria has accomplished the victory which led to all this and more. The countries that so eagerly allowed the refuse part of their populations to grow their hair and run to Syria for the purpose of creating an Israeli sponsored Caliphate of the Medieval ages, have been all but begging of the victorious Syrians to finish those terrorists off where they stand and not allow them to be repatriated.

Only the truly blind, or otherwise mentally challenged, will not acknowledge the fact that Syria’s victory is a broader one of the alliance it represents in its territory and the region. Friendship and brotherhood are not mere romantic concepts. Syria stood by Iran and the Lebanese resistance when it was needed to and they, in turn, answered the call when Syria needed them. It won without the Arab League’s help; it actually won despite the Arab League’s animosity.

Let Syria’s victory be a lesson to some, and a reminder to all, that even when 80 countries gang up against one, if they are doing so with malicious intentions then they will fail miserably. The heroic Syrian army had troops to spare for the national campaign effort of the reforestation of the country. This is how fast they are bringing their country back to normalization; they are doing it as their aggressors fight over the bigger portion of Yemen’s strategic sites. Little do they know that they will not get a single inch of Yemen.

Happy New Year dear Syria. Tomorrow we celebrate it in Manbij and next year in Majdal Shams.