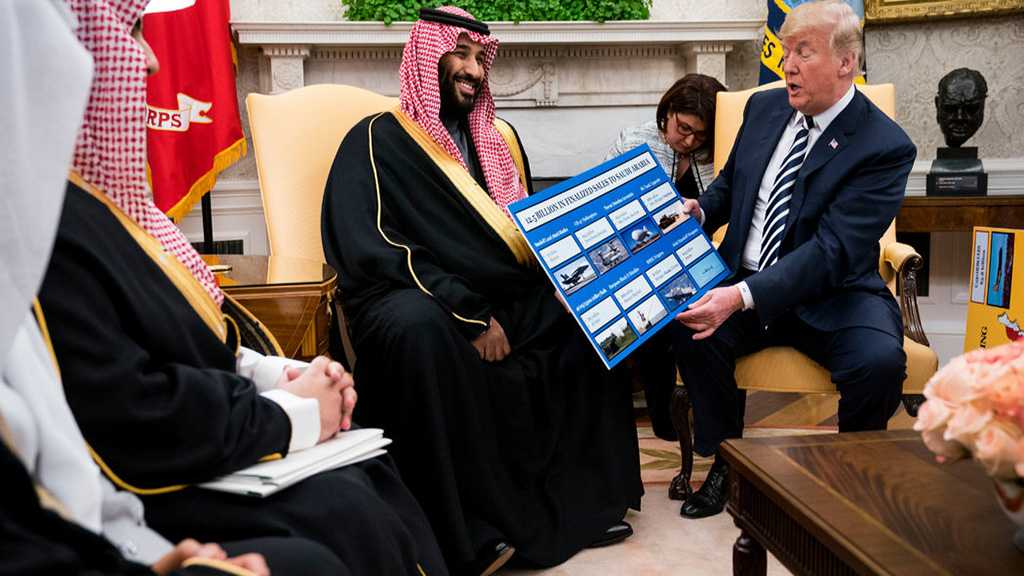 The US had access to records of Saudi-led coalition’s airstrikes in Yemen, and Saudis “often ignored” no-strike lists provided by Washington, The New York Times reported.

“A former senior State Department official said that the US had access to records of every airstrike over Yemen since the early days of the war, including the warplane and munitions used,” the NYT reported in an article, titled Arms Sales to Saudis Leave American Fingerprints on Yemen’s Carnage, published on Tuesday.

It said “American fingerprints are all over the air war in Yemen,” where the strikes killed over 4,600 civilians.

Yemen has been dogged by conflict since 2014.

In 2015, Saudi Arabia and several of its Arab allies launched a massive air campaign in Yemen aimed at rolling back Ansarullah revolutionaries’ gains in the country.

“At the same time, American efforts to advise the Saudis on how to protect civilians often came to naught. The Saudis whitewashed an American-sponsored initiative to investigate errant airstrikes and often ignored a voluminous no-strike list,” it reported.

According to the article, Tom Malinowski, a former assistant sectary of state, said the Saudis were given “specific coordinates of targets” that should not be struck but they continued to strike those targets.

“That struck me as a willful disregard of advice they were getting,” Malinowski was quoted as saying. “In the end, we concluded that they were just not willing to listen,” he added.

However, the US military continued its support for the airstrikes, the article read.

Emphasizing that the US support for the Yemen conflict came under scrutiny after Saudi journalist Jamal Khashoggi was killed in Saudi Consulate in Istanbul in early October, the article said the incident “ended American air-to-air refueling of coalition warplanes in November but has otherwise continued to support the war.”

“This month, the Senate voted to end American military assistance to the war altogether, a sharp rebuke to the Trump administration, but the bill died when the House refused to consider it,” the daily recalled.

It added that the death toll was rising and November was the most violent month in Yemen since January 2016, when the Armed Conflict Location and Event Data Project started to track casualties in the country.

“There were 3,058 war-related fatalities in November, including 80 civilians killed in airstrikes,” it said.

The article also quoted Daniel L. Byman, a professor at Georgetown University, who said: “This war has been a strategic disaster for the Saudis.”

Noting that the airstrikes could not defeat the Ansarullah, he said: “The United States needs to use its power to promote peace and stability in Yemen.

“And it needs to protect its allies from themselves.”