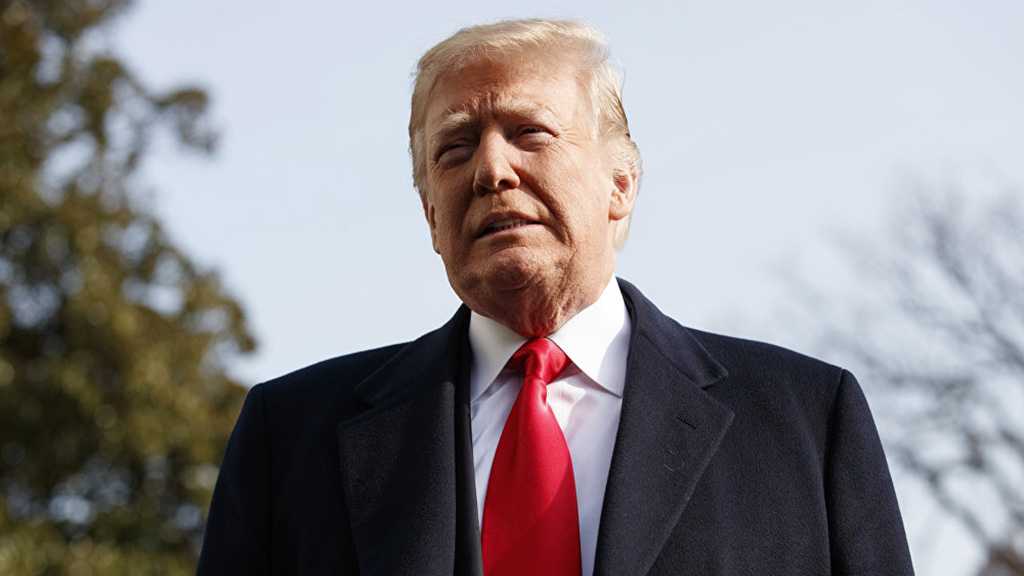 Iran's Foreign Ministry spokesman Bahram Qassemi said the "sneak trip" by US President Donald Trump to Iraq Thursday was "outside diplomatic norms and a disrespect of the country's national sovereignty."

"Despite countless interventions and thousands of billions of dollars the US has wasted on its illegitimate presence in the region and in particular in Iraq, Trump still has to visit a regional country in a total secret, or so to speak, sneaky way amid the tightest security measures," Qassemi said Friday.

The visit, he added, was strongly opposed by the Iraqi people and widely criticized by experts.

Trump made an unannounced three-hour visit to the “Ain al-Assad” Air Base near Baghdad on Thursday, sparking a wave of condemnation from Iraqi political and military leaders, with some of them demanding the expulsion of US forces.

Qassemi strongly criticized Trump’s "meddlesome and opportunistic" remarks in Iraq and said “regional governments and nations will never allow aggressive and despicable outsiders to sow division among them.”

“It was the vigilant nations of the region – not the greedy US and its staunch support of terrorism – which managed to uproot terrorist groups created, equipped and financed by the US and the Zionists,” he said.

Qassemi said the regional nations routed terrorists by their timely understanding and synergizing their material and spiritual powers.

"Undoubtedly, all regional states will soon come to the conclusion that the region’s stability and security will be ensured only through relying on their domestic, regional and international resources and capacities and foreign forces, sooner or later, will have to leave the whole region.”

Qassemi also had a piece of advice for the US president.

"Trump had better seriously and inclusively review the developments of the world and the West Asia from the time he assumed office up to now so that he may have a second thought about what he has said, what has happened and what will happen and take necessary lessons."

On Wednesday, Trump spent a few hours at “Ain al-Assad” Air Base in Iraq’s western Anbar Province but did not visit Baghdad. It was Trump’s first visit to troops in a war zone since becoming president.

He acknowledged security concerns about visiting Iraq, saying it was “pretty sad” that he needed such secrecy to see US troops.