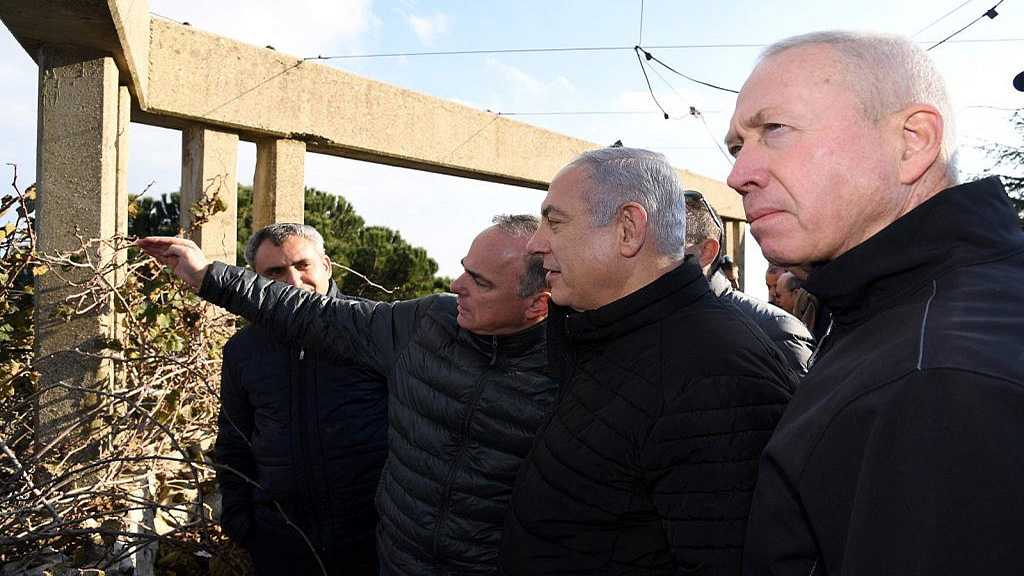 While touring the occupied border area with ministers from his cabinet, Netanyahu claimed the “Israeli” military presented the progress it made in neutralizing the tunnels.

“The operation is almost entirely behind us. This is extraordinary work that prevents Hezbollah's from using this weapon. Hezbollah invested a great deal in building these tunnels, and we ruined it for them,” he claimed.

During the five hour tour, senior Zionist military officials—including Chief of Staff Lt. Gen. Gadi Eisenkot, and Northern Command Commander Gen. Aviv Kohavi— presented the Cabinet ministers with their progress report on Operation Northern Shield, and updated them about the situation in Syria.