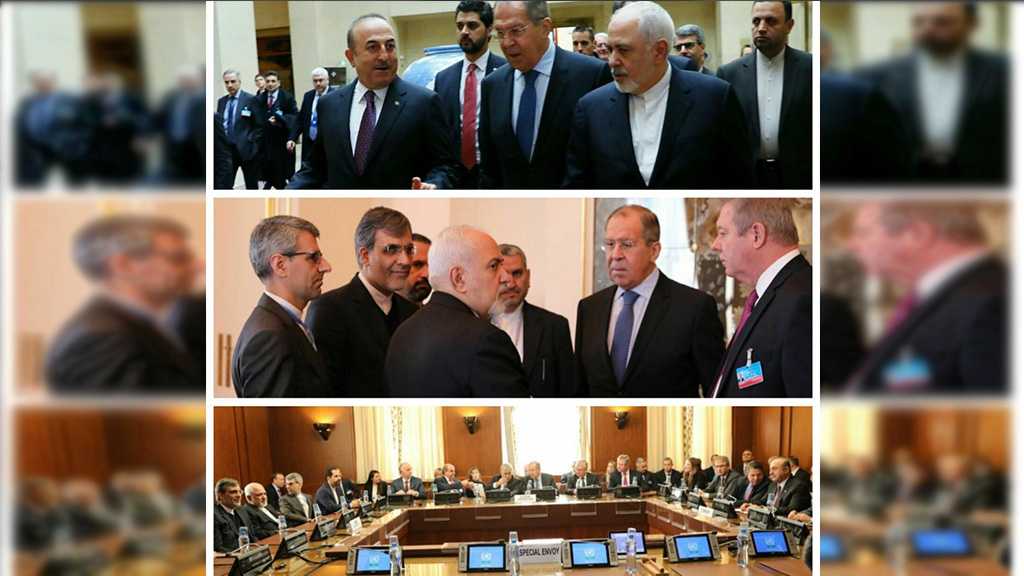 The Islamic Republic of Iran, Russia and Turkey have agreed to step up efforts aimed at convening the first session of a UN-sponsored Syrian Constitutional Committee early next year in a bid to begin a viable peace process to the country's seven-year-old conflict.

Sergei Lavrov, reading out a joint statement after meeting with Iranian and Turkish counterparts Mohammad Javad Zarif and Mevlut Cavusoglu and outgoing UN Special Envoy Staffan de Mistura in Geneva on Tuesday, said the work of the new body “should be governed by a sense of compromise and constructive engagement.”

Lavrov described the meeting as very positive, stressing that Moscow, Tehran, and Ankara are committed to Syria’s sovereignty, independence and territorial integrity.

The top Russian diplomat added that the three countries support the launch of a Syrian-led political process for the composition of Syria’s inclusive constitution.

De Mistura said in a separate statement that “more efforts are required” to ensure a credible, balanced constitutional committee for Syria.

The Italian-Swedish diplomat, who has been the UN's peace envoy since July 2014, went on to say that he would brief UN Secretary-General Antonio Guterres on the results of Geneva talks on Wednesday, and the UN Security Council on Thursday.

De Mistura, who steps down on December 31, expected his successor Geir Pedersen to build on his work and “focus on the purely political aspect” to end the Syrian crisis.

Syria’s constitutional committee is part of the Sochi agreement, and will include 50 members from the incumbent Damascus government and 50 opposition members. The final 50 members will be independent and chosen by the United Nations.

“We (have) always insisted on a political solution led and owned by Syrians. The West has now been compelled to accept this. But it needs to facilitate; not dictate,” Zarif tweeted earlier on Tuesday.

Cavusoglu said on Sunday that the Ankara government would consider working with Syrian President Bashar Assad if he won a democratic and credible election.

The Turkish foreign minister made the remarks while addressing the 18th edition of Doha Forum in Qatar.

“It has to be very credible, transparent, democratic and fair elections. At the end, Syrian people should decide who is going to rule the country after the elections”, Cavusoglu added.

He further noted that the constitution for Syria should be drafted by the people of their own country.