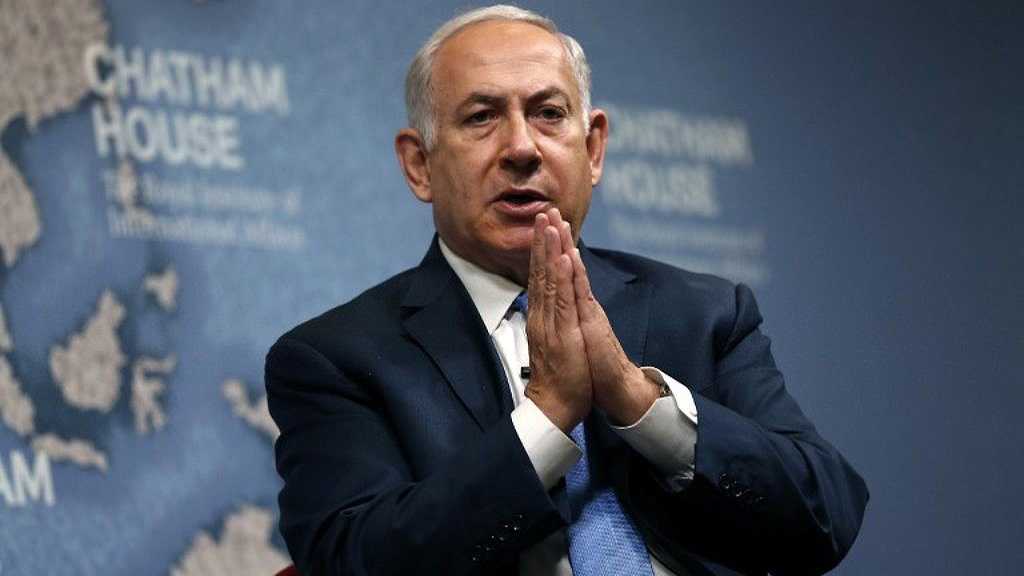 “What is happening at the moment is that we are in a process of normalization with the Arab world without progress in the diplomatic process with the Palestinians,” Netanyahu said.

He spoke with the ambassadors as “Israeli”-Palestinian ties continued to unravel in the wake of a renewed wave of violence in the occupied West Bank.

Netanyahu explained that a policy of making “peace” first with the Arab states and only then with the Palestinians, runs counter to the prevailing diplomatic belief that “Israel”-Arab ties could only occur after the resolution of the “Israeli”-Palestinian conflict.

“Today we are going there without the Palestinians being involved and it is much stronger because it does not depend on their caprices. The Arab states are looking for links with the strong. Cultivating strengths gives us diplomatic power,” Netanyahu said.

He spoke to a conference of “Israeli” ambassadors to Latin American, Asian and African countries.

In the past, he said, “the expectation was that progress or a breakthrough with the Palestinians would open links for us with the Arab world. This would have been true if it had happened. It seemed as if it was about to happen with the Oslo process but what happened was that the Arab refusal, together with the terrorism of the intifada, cost us almost 2,000 lives and wiped out this hope, which was shelved under Oslo governments”.

“What has opened the possibility of ‘Israel’-Arab ties is the country’s strong track record on technology and innovation”, Netanyahu said.

“Israel” can provide the Arab states with things so there is “a growing connection between ‘Israeli’ companies and the Arab world,” he added.